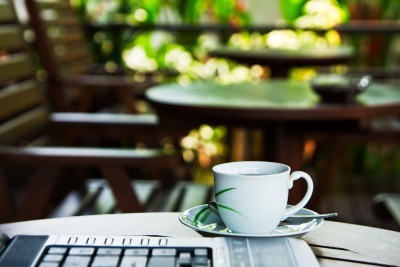 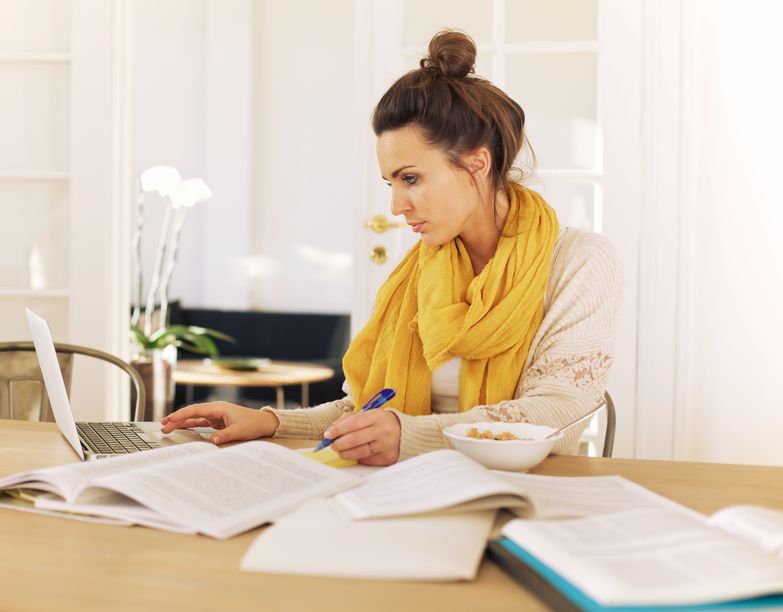 How do you convey a character’s point of view without resorting to the infamous ‘info dump’ on your reader? Sonny Whitelaw tells us how.

Read Part 2: Point of View: How exactly do I write in limited third person perspective?

In any scene, characters don’t generally take notice of familiar surroundings, because they have become de-sensitised to them, just like we generally take our own surroundings for granted. The scenes and the worlds you create, their histories/backstories are familiar. Unfortunately for the writer, what is familiar to the character is not necessarily familiar to the reader because you are, after all, creating a fictional setting.

So, as a writer you must find a way to ground the reader in the character(s’) familiar world (which includes their expectations), without telling the reader a bunch of information that the character’(s’) take for granted, through exposition, or what’s commonly known as an info dump.

As a writer you need to have the character show the reader through the character’s perceptions. And the most crucial perceptions (interpretation of their world) are thoughts and emotional responses to events/changes/differences/ happening either in the physical world or their psychological state. In short, what motivates the character to notice things or act as they do.

The best way to inclue (yes – that really is a word) this information is to expose a character to something unfamiliar. The character then has an emotional or thought reaction to this unfamiliar element. This does not necessarily have to be a huge change or element. It can be a very simple element that prompts a train of thought or reminder, or a response/action that has the character noticing the familiar with new eyes.

A solo parent comes home and walks into the kitchen. He’s just had the crappiest of weeks after losing a contract on a business trip (to Auckland… or Mars), then his luggage was lost at the airport/spacedock. He’s annoyed the dishes haven’t been done, and one is broken. It belonged to his now dead mother. Furious, he races upstairs, almost tripping on the frayed carpet in his haste, and slams open his teenage son’s door. The stench of dirty socks, the blaring punk/alien music, unmade bed, and filthy clothes scattered around the room are all familiar to him, but because of his state of mind (psychological state) and the broken dish, he’s suddenly become hypersensitive to the mess, and so he notices it.

And it triggers an outburst that… take your pick. His son leaves home and dies of a drug overdose within 12 months. Or the outburst opens dialogue that has him talking about the death of his wife, and how he understands his son because his mother died when he was the same age.

Point here is, this was triggered because of an expectation of something he normally took for granted: the dishes would be done when he got home. The broken dish is both an unfamiliar and a trigger event. The reader also now has a clue that the family is slightly impoverished. No dishwasher, and dad would never normally notice the carpet is frayed, but in his haste/anger he almost trips on it. This leads to the point that any object or event in a scene should only be noticed by the character for a reason, i.e. because it is outside their expectations/body of familiars.

A trigger can lead to a chain of thought that both reveals something about the setting and the character. 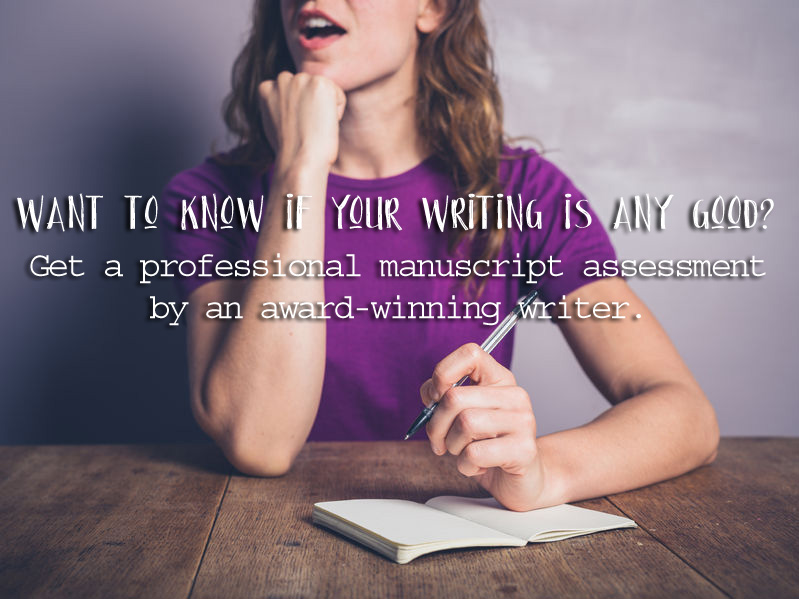 A vase of daffodils is a very seasonal event, so it’s an ‘unfamiliar’ to me when I walked into my office this morning and remembered putting them there last night. That reminded me that I really need to weed the garden. And that thought reminded me I have to clean out the pond, first, and then install that new solar-powered pump, but need to install a battery box before doing anything else. But I need some materials from the Builder’s Warehouse. So a simple unfamiliar triggered a train of thought about something I normally take for granted.

This simple element has led me to show the reader that it’s spring (when I wrote this example), I have a garden that needs weeding but grows daffodils, and a pond that needs cleaning. But the fact that I think about weeding, and I cut daffodils and put them in a vase in my office, and think about cleaning the pond and installing a solar powered pump, also shows the reader several character traits: my office is at home, I care about my garden and pond, and can afford the small luxury (very small ‘1-day deal’) of a solar-powered pond pump, and so on.

Thing is, every single person makes these kinds of observations and evaluations every single moment of the day. We use this information in interpersonal relationships, but we take it all for granted.

So, to convey information to readers through the character’s PoV, you only need introduce a small difference to the character’s expectations in order to have them notice something that is otherwise familiar. In some instances, like the dirty dishes, it can be a trigger point that informs the entire story. Instead of an info dump about what something looks like, you now have a story.

With the daffodils, it just serves to inform the reader a little about the physical landscape and a few clues to the character’s likes/personality traits.

The room was not what she expected. After seeing Lord Eth-Gradon’s justice room, with upholstered chairs and embellished furnishings, she had imagined South Dhran castle to be full of well-moneyed clutter, but this room had little in the way of decoration. Carpets covered the floor and the furniture was well made but wore a patina of age. Even the screens dividing the space were plain, the wood chipped and scuffed. An iron-bound chest spanned the foot of the bed and a boiled leather breastplate, shield, and sword rested on its lid. An armoire sat opposite the bed, again an old piece of furniture, and the carvings on the mantel were indistinct, as if they had dissolved with time. The room bore the air of a favourite piece of clothing, worn to its occupant’s contours.

Contents
How do you convey a character’s point of view without resorting to the infamous ‘info dump’ on your reader? Sonny Whitelaw tells us how.What is Exposition?Quick tips on PoVAbout the Author:

The phrases ‘not what she expected’ and ‘she had imagined’, are enough to change an info dump into a calculated observation of the character’s surroundings, informing the reader of the setting, while the phrases like ‘room bore the air’ also inform the reader the way the character thinks and how she interprets information.

Finally, do not info dump via the idiot lecture, which invariably starts with: ‘As you know…’ Leave that for scriptwriters on short deadlines and producers who are over-budget.

As a writer, it can be hard to get inside the headspace of your characters, because you are still getting to know them, so there’s a tendency to describe them rather than letting them show their story. Once you recognise this, you can change your approach, or go back and re-write them when you have a handle on them (and at that point they usually drag you along for the ride, so hang on!)

But because you are writing from their perspective, use the more intimate personal pronouns wherever possible.

She hadn’t heard the language in years. It was the native tongue of her nanny, now long dead along with the rest of her clan.

When you’re editing you work, do a ‘find’ in Word to catch the number of times you use ‘they’

If you stick to the above rules, your manuscript won’t be rejected because of point of view. Once you become JK Rowling or Dan Brown, then you can do as you please! 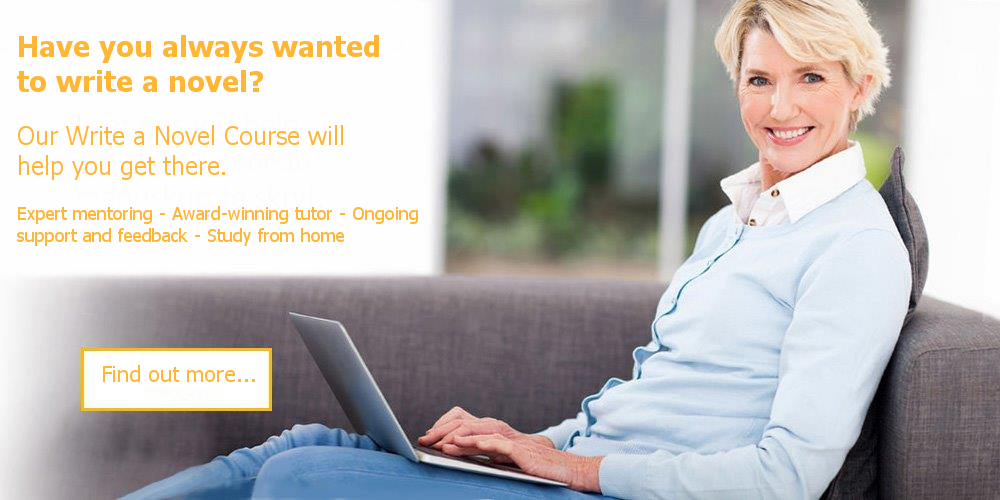