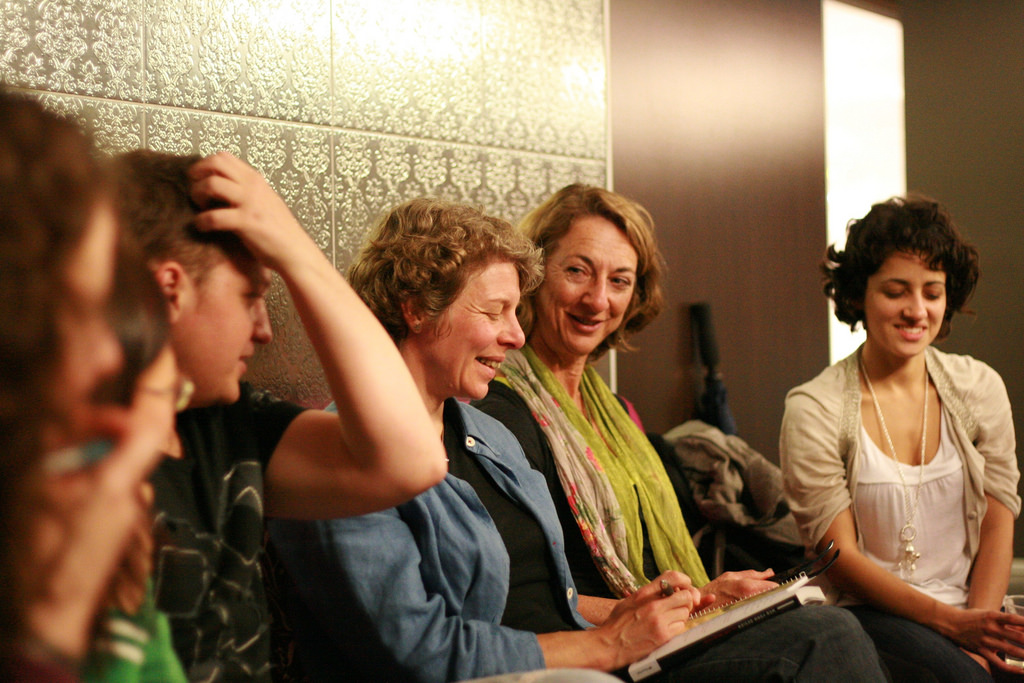 It was the summer of 1984 and Lady Di was just about to marry my toy gorilla, Gogo. My mum was standing watching the rain and then she did something extraordinary. She thrust her hands through the glass pane of the back door. My dad grabbed Lady Di’s (aka Barbie) long wedding train (a pillowcase) to bind my mum’s wrists. Then the ambulance came and Mum was taken away and Di’s broken head was left on the floor.

Children don’t have a word for mental breakdown. So when asked to write about what happened that summer holiday in a strange new school I wrote about a fox who was killed by the gamekeeper.  My primary school teacher wrote, “Weird minus one house-point”. I took it as a warning to keep quiet and it would be a long time before I would be ready again to touch the wild, shy creature that was the truth. So this is the story of avoiding telling your story until it runs raging out of your hands.

When adult breakdown detonates in your childhood there are so many aftershocks that ricochet throughout your life; so many choices that you can make:

You can just try to keep growing up.

You can kiss the feet of brass-Jesus three times before you leave the house every day to stop it from happening again.

You can get terrifying panic attacks at Mass and think it’s because God blames you for your mother’s illness.

You can become a school refuser because you’re afraid to leave your mum at home, occasionally bunking off to the library for books and peace.

You can waste your love trying to redeem bad men.

You can lose your father at 19, and self-medicate with parties that leave beach smoke but no memories.

You can go from a council estate to the University of St Andrews just to prove to them that you’re not damaged. Look at me!

You can find yourself in the lovely Professor Douglas Dunn’s office as he recommends you read Kay Redfield Jamison’s An Unquiet Mind: A Memoir of Moods and Madness because he has noticed, the whole brilliant department has noticed, that you are burning it and losing it – this incredible opportunity, and they don’t want to punish you; they want to help.

Books had rescued me before, but this was the first time I’d ever been prescribed one. Although I found all of these fun destructive ways to avoid writing my story, it was inevitable really that the way to finally understand that break where my childhood ended so abruptly, would involve a book. But I still wasn’t ready to let my story out.

First, I got into Arts Development. I helped hundreds of people find ways to tell their truth.  But I trapped my story underground.

When a new writers’ group set up in the building where I worked I joined. I started to write around rather than about my story, but at least I was writing. I wrote a screenplay about a girl watching her father gut a fish.  I was writing about my father and it wasn’t hurting – it was breathing.

The screenplay format gave me a structure to work from; all I needed was time. Fortunately I started a new job with a two-hour commute each way. The train was a rickety old boneshaker. As I wrote in my notebook the story-creature stretched out across the pages on my knee.

I got a first draft, 50,000 words that I submitted to New Writing North’s Northern Promise Award as a work in progress. It won. I got an agent. This was it, wasn’t it? The dream. But a year later my first draft hadn’t progressed, and my agent wasn’t responding to my emails. To make things worse work went bad. I had to do something or my story creature would end up as roadkill on the wrong life path. So I gave up ‘proper’ work to become a part-time chocolatier and writer.

What making chocolate taught me was craft. So I had a first draft but it was essentially melted chocolate; it had no form. I’d have to work it.

My agent dropped me. So now I was writing to escape, not orbiting the earth in the exosphere escape, no, the digging yourself and your story out with your bare hands escape.

To do this I had to go home. I walked the streets of my childhood, past my old school, listening to the kid-roar of playtime. I walked to my mum’s where I found my old school books and my dad’s net needle. I wrote about my father’s sea gods and my mother’s ghosts. It all came raging out like a trapped creature. Then it stopped. It needed time. So I put my story in a box of straw, said good night and let it hibernate. Meanwhile, I took on every writing project offered to me. I performed as a medieval bra at the Royal Festival Hall; I broke up with Jesus on BBC radio. I didn’t say no and I wrote a whole menagerie of beasties.

Then I came back to my story. I could clearly see the problem – it was too real to be true, it was about damage but not survival and my story had survived a lot. It needed to be told slant-wise. So I did what all lapsed Catholics do in the end, I made the unreal manifest. I made a wolf come out of the sea to give Ellie, the girl in my story, a creature of her own; something fierce and loving that would fix her world.

I got a new draft and a new agent and my story How Saints Die is now running free in the world.

Carmen Marcus’ debut novel How Saints Die is now out with Harvill Secker. Carmen is the winner of the September 2017 My Writing Journey Competition hosted by The Writers College.