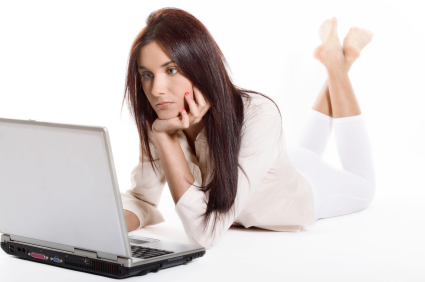 Your motto as a writer: I shall entertain my reader. Whether you write articles, novels, or simply want to write more captivating updates on Facebook, each line should beg, “Read me!”

NICHOLA MEYER explains how to make your words come alive.

How do you keep your reader glued to the page? You’ve heard it many times in our writing courses: “Show, don’t tell”.

Contents
Your motto as a writer: I shall entertain my reader. Whether you write articles, novels, or simply want to write more captivating updates on Facebook, each line should beg, “Read me!”NICHOLA MEYER explains how to make your words come alive.Captivate Your Reader with ImagesHow to Show, Not TellEnlivening Your Writing, Regardless of Genre About the Author

But what does that mean? Movies show. Movies instantly captivate viewers with their characters and visual scenes, and so should your writing.

Captivate Your Reader with Images

As you stare at your computer screen hoping for some magical inspiration to kick-start your first sentence, do this exercise:

Paint the picture you see before you with simple descriptions. Notice small, interesting details. Create a scene. Use characters. Use dialogue. Just like in an entertaining movie.

How to Show, Not Tell

Let’s illustrate with an example. If you were to write a piece on the dangers of extreme sports for a magazine, imagine that these are some facts you know about skydiving (facts adapted from Francois Nel’s Writing for the Media in South Africa):

There are 12000 injuries in skydiving each year – 17 % of them permanently disabling the victims. Fourteen people died last year.

Jonathon Levy, 19, a first-year Nature Conservation student at the Cape Technikon has been wheelchair-bound since an accident earlier this year. His chute had not been packed properly, and he tumbled to the ground, with a broken neck and a broken back.

“I guess I should have been more careful, but I wasn’t paying enough attention when we were prepping for the jump,” said Jonathon from his hospital bed two months after the jump.

Now let’s rewrite these facts, but zooming in on the entertainment factor. Let’s evoke the reader’s emotion by adding personal details about the main character, and more visual cues.

It must be every skydiver’s worst nightmare: a chute pack that refuses to open. Jerking on the release chord until your hands are bloodied. Falling. Your screams away on the wind. Then blackness…

The first thing 19-year-old Jonathon Levy saw when he drifted out of his coma was the grey wall of the ICU. Then the tears streaming down his mom and dad’s faces. The next moment came fragments of his last skydive, arriving with sickening clarity.

‘You’re OK, my boy!” his mother whispered. But when Jonathan learned that for three months he’d been unconscious in a hospital bed, kept alive with a catheter, feeding tubes and a full-body cast, he realised that his life had changed forever.

Jonathon miraculously survived his 2000 m fall but the doctors say he broke his back, his neck, and will never be able to walk again.

Jonathon has had to quit his studies in Nature Conservation at the Cape Technikon. A moment of “not being careful enough when prepping for the jump”, he says, is likely to haunt him for the rest of his life.

His plight is not uncommon.  Last year this adrenalin-junkie sport caused 12 000 injuries; 14 of these were fatal.

What do you think? Compared with the dull “telling” in the first draft, can you see how adding more colour (emotion, description and detail) makes you want to read further? Details draw you into Jonathon’s life. Driven by your sympathy and curiosity, you feel compelled to find out what happened to him.

Enlivening Your Writing, Regardless of Genre

Remember, other writing genres allow for even more description than I’ve used in this example of magazine writing.

Writers of short stories, novels and poetry can play with imagery and emotion to their hearts’ content.

If you write letters and corporate newsletter articles, you can use the same techniques to enliven your writing. Focus on a character, set a scene, add in those unique details, and your writing will be more expressive and graphic. Show us what you mean, and you’ll entertain us!

Nichola Meyer is a freelance writer. Her work has appeared in O Magazine, Femina, Essentials, Baby & Me, Your Baby, Your Pregnancy, Little People and Cape Town’s Child. Previously a lecturer in Magazine Journalism at CityVarsity and Boston Language College, she has been the principal of The Writers College since 2005. 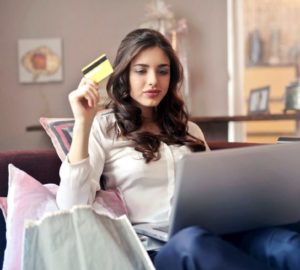