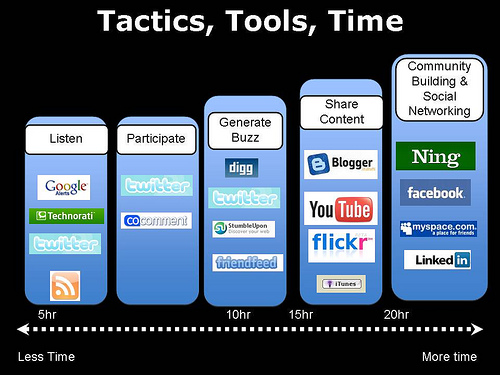 This article forms Part Three of our Social Media Series.

If Facebook were high school I’d want to be Queen Bee (hey, it isn’t called social media for nothing!). The comparison may seem shallow but, as a journalist, your connections (both online and in the real world) are integral to your reputation and credibility.

The news editor of a local newspaper once revealed to me that when it comes to hiring new journalists, a comprehensive “little black book” has more clout than an extensive portfolio (i.e. reputation trumps experience). According to said editor, you can always train a reporter to write, but you cannot teach him to network. A journalist without an initial base of contacts is useless to an editor.

This is why I’ve always been hesitant to delete any online contacts. When it comes to social media I have to view any- and everyone as a possible source for the future.

Most of your sources may already be “friends” or “followers”

You’ll rarely meet an individual who doesn’t have a unique interest in a specific field or industry, and you never know when you might need their professional input for a story. Chances are you’ll be able to find a reputable doctor, lawyer or accountant (etc.) through friends on Facebook faster than you would in the Yellow Pages.

Also, a good online acquaintance isn’t likely to refer you to someone they wouldn’t trust themselves – and having an established “mutual friend” with a possible source can only stand you in good stead. Personal experience has proven that even with the fluffiest of fluff pieces people are still petrified of journalists. So if you are referred by someone your source already knows and trusts, it immediately adds to your credibility.

Yes, a good journalist is an observant one, but you’re not exactly the life of the party if you remain a wall-flower. The only way to network both in person and online is to participate in conversations. Communicating is what you do for a living, so… Tweet away! You need to really listen and provide intelligent responses wherever you can. Try your best to remain both engaged and engaging, but remember to always aim for quality over quantity. People need to be excited about what you have to say, so keep your updates fresh and informative. Don’t fill people’s newsfeeds with trivial facts about your life (no-one cares what you had for breakfast). Mundane updates fast become spam and you will quite easily be disposed of – which means that you lose future contacts.

Take part in forums and put in your two cents wherever it’s appropriate without being overbearing (discern when it’s best to just sit back and observe). Remember that journalism isn’t a one-way street anymore. The Web 2.0 society is much more involved in news production than they were before the Internet. Gone are the days when the journalist spoke and the public simply listened, so learn to respect and embrace your readers. Always come back to pieces you’ve written online so that you can respond to readers’ comments.

An engaged audience means that you’ll always have first-hand knowledge of what your readers want to know about. You’ll also always have an immediate source of initial information. I once had to do an in-depth piece on the Emo sub-culture – a topic for which I had no first-hand knowledge. I turned to groups on Facebook and quickly connected with group members who then referred me to websites and forums that they frequent. I even found someone who was willing to be profiled for the piece. My initial research was almost effortless and would have been a lot more time-consuming had I not utilised social media.

Most people undergo an annual social media “cleanse”; performing an audit on their online friends and followers and axing those who they may not have seen or spoken to in a while. Some extremists even opt for “social media suicide” and delete their online selves for good. I say, all power to them. But for me, this will never be an option. Sometimes a journalist’s biggest struggle is to get the right person to open up. If you want people to talk to you, you’ve got to be available to talk to people.