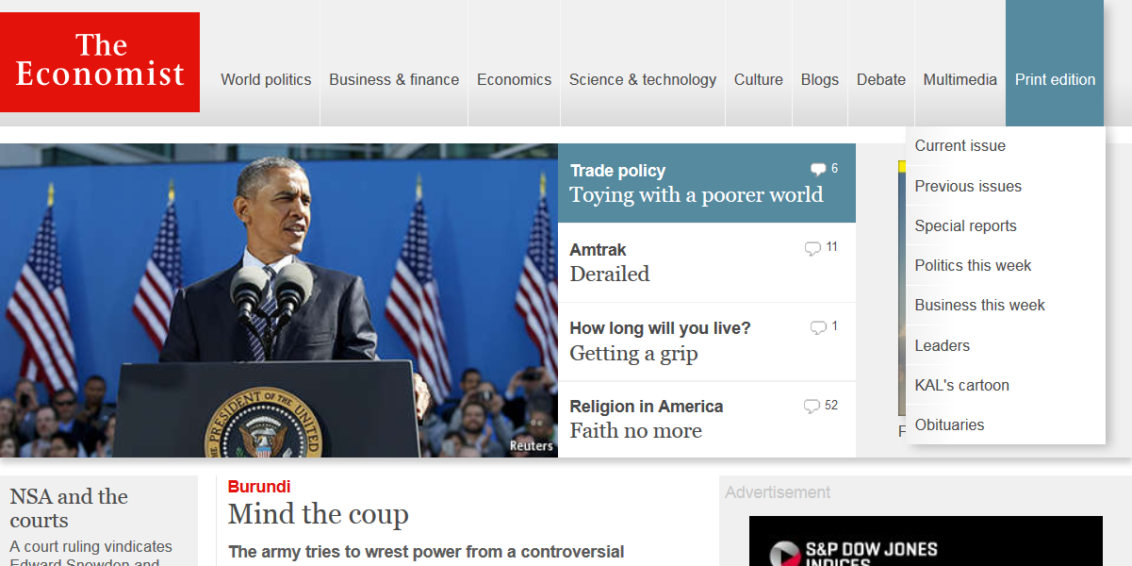 The Economist has always strayed off the beaten path; their approach can be summed up by their 1990s slogan “The Economist – not read by millions of people”. It is this very tendency to throw out the rulebook has contributed to the phenomenal success of its digital magazine.

If there are rules at The Economist, they are rules that you will never find at any other magazine – digital or print. Here are five practices setting the Economist apart in the world of digital magazines.

Digital signatures a thing of the past with editorial anonymity

The art of digital controversy

Being digitally exclusive pays off

In conclusion, The Economist seems to have all the right ingredients for success, namely deliberately creating a magazine not designed to appeal to the masses but which everyone wants to be seen reading, even if it comes at a higher price.

Sharlene Naidoo works at MultiChoice Africa where she writes copy for internal messaging, reports, magazines and brochures. She has recently started to make forays into the world of magazine writing. Besides writing, Sharlene pursues panoramic photography, videography and painting.

Sharlene is a recent graduate of the Magazine Journalism Course at SA Writers College.