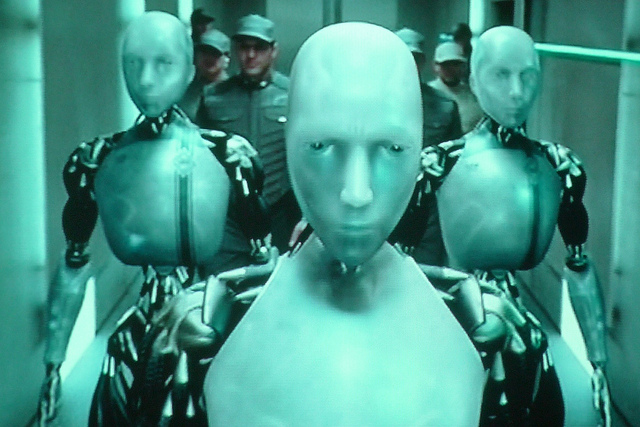 Award-winning sci-fi writer Sonny Whitelaw, the author behind the popular Stargate TV series, lays out a step-by-step guide to writing for these niche genres.

One of the most enduring fallacies is that speculative fiction—science fiction (SF), fantasy and horror—is centered on the implausible.

Contents
Award-winning sci-fi writer Sonny Whitelaw, the author behind the popular Stargate TV series, lays out a step-by-step guide to writing for these niche genres.“Fantasy is hardly an escape from reality. It’s a way of understanding it.” ~ Lloyd AlexanderStep 1. Create emotional connectionStep 2. Introduce the novumStep 3. Present the rules of the novumExample 1: Example 2:Example 3: Examples 4 & 5:

Some spec fic, such as fairy tales and absurdist works like those written by Dr. Suess and Terry Pratchett, play on the implausible. However, most fantasy, SF and horror stories seek to transform the implausible into the plausible.

“Fantasy is hardly an escape from reality. It’s a way of understanding it.” ~ Lloyd Alexander

Speculative fiction uses the same primary elements as every other form of fiction: plot, setting and narrative. What makes them plausible in the spec fic world is a relatively straightforward recipe for writing that uses a plot device Darko Suvin called the novum (derived from the word ‘novel’, as in ‘a novel idea’).

First, we’ll explain the recipe step-by-step, and then we’ll take you through examples to illustrate how it’s used in science fiction, fantasy and horror narratives.

To connect with your reader in the very first sentence you must ground them in the everyday reality with which they are familiar. This is called, simply, familiarization. To do this you need the reader to identify with your character(s) and their situation. The setting doesn’t matter so much. It’s the emotional connection the reader makes with the character that’s crucial.

Defamiliarize your reader by introducing an element that doesn’t exist in our everyday reality. This element is your novum. It could be the setting or something that’s happening to your main character(s).

If you’re writing science fiction, your novum will be a scientific invention or discovery that allows your character or evil adversary to, say, travel across galaxies by faster-than-light spaceships, or through time. In fantasy, it could be a wardrobe that leads to a magical world created by CS Lewis. Perhaps something that’s a myth in reality is real in your fantasy world. For example, magic, demons, or a school for boy and girl wizards in the Scottish Highlands.

Step 3. Present the rules of the novum

Once your readers are familiar with your novum (scientific discovery, or myth/magic) they are refamiliarized. That is, they understand your fictional world operates using a different set of rules to everyday reality, rules that are governed by the nature of your novum.

As a writer, you are the one who creates your own novum and of course, the rules that govern its operation. But it’s crucial that your reader also knows these rules. In the movie Stargate, the characters and with them the reader had to learn these rules, beginning with how to operate the Stargate. That was okay, because through the characters the writers took the reader on an amazing voyage of discovery. In Star Trek, the characters understood the novum from the outset: future scientific discoveries have allowed us to build faster-than-light spaceships. The reader immediately accepted the novum because it wasn’t merely plausible, it was expected that in the future such ships would exist.

Fantasy and horror writers use mythology as novums because even though fairies, magic, demons and boy wizards don’t exist in reality, they are very old and very familiar myths. So, while the novum is ‘new’, the reader implicitly understands it is also plausible in the context of the story you’re creating.

Once your readers are familiar with your novum and its rules, you can begin to introduce more complex rules and conditions, and even break the rules under certain circumstances. For example, magic only works with wands, Stargates can run out of power, and space ships can crash. Creating rules for your novum achieves two things:

A. You keep your readers grounded in the story and the world you create, because the rules ‘make sense’ and are familiar—spaceships also crash in our world, and natural talents that might seem magical require practice and are subject to certain fundamental rules.

B. Rules in a spec fic world (eg Stargates can only operate one-way. What happens when your spaceship’s engines break down on the far side of the galaxy? What are the consequences of Harry Potter using magic in front of Muggles?) cause dramas and huge and often unforeseen problems for your characters. Problems are a storyteller’s best friend because you have to solve them. And that’s where the adventure really begins (and writer’s block ends).

2.         A familiar character element: a lone child and a group of teenage bullies.

3.         A familiar story (psychological/situational) element: the bullies are kicking the child and squishing his sandwiches into the dirt.

That’s about as grounded as you can get. Your readers are familiar with the physical setting and the psychological landscape even if they were schooled at home (and have never encountered a bully… now that’s implausible!).

The scene also contains all of the key elements that should feature in the opening lines of any story:

Now, let’s introduce the implausible into the narrative while still keeping the reader grounded in this very familiar psychological landscape.

The more factual elements that are removed or excessively rearranged, the more implausible the story. So don’t remove any of the key who, what, when, and where elements.

In other words, retain:

Now, let’s add a science fiction novum to the scene:

1.         To the familiar landscape element, a schoolyard, add an unfamiliar element: the schoolyard is on Mars.

2.         To the familiar character elements, a lone child and a group of teenage bullies, add unfamiliar elements: the child is not wearing a spacesuit but the bullies are.

3.         Leave the familiar story (psychological/situational) element unchanged: the bullies are kicking the child and squishing his sandwiches into the dirt.

Let’s break down the text and see how it works.

There’s a school playground on Mars, and while the bullies are wearing space suits, the victim isn’t. The novum is (implied) technological advances that allow some humans (the victim and bullies) to colonize Mars and adapt to and live in the existent Martian environment.

There’s also a wealth of preliminary world-building information in that novum: people have settled on Mars sufficiently to have schools and grow wheat or some equivalent to make bread, a common enough commodity for bullies to waste by tramping it into the ground.

With a few brief sentences the scene has worked in more than six ways:

1.         Grounded the reader with a familiar physical setting (schoolyard)

2.         Grounded the reader with a familiar psychological/situational setting (schoolyard bullying)

3.         Introduced a powerful story (character) element that tugs at the reader’s empathy (child being bullied). The reader is now ‘hooked’, having been emotionally invested in the bullied character and his/her outcome.

4.         Defamiliarized the readers’ worldview (taken them to Mars, which the reader accept as plausible because NASA has been talking about it for years). The reader is further defamiliarized by introducing the notion that human DNA has been manipulated to tolerate Martian conditions (another NASA topic of discussion).

5.         Opened up a questionable ethical notion: what is it to be human? A familiar sci-fi standard.

6.         Set up an intriguing ‘gun-on-the-wall’ possibility: are genetically adapted people on Mars being marginalized? That could foreshadow socio-political turmoil between Earth and Mars.

7.         Informed the reader of a complex and inexpensive food-chain infrastructure on Mars by introducing something that would otherwise be familiar in a familiar setting (the sandwich) but in this unfamiliar setting, should seem out of place.

Now, let’s take a look at the same scene retaining all the same elements and add a horror narrative. Remember, retain the key elements in an everyday setting and add a single horror or fantasy novum:

The bullies are demonic creatures that no one else in the playground can perceive.

No one else has a clue what this kid is going through. Horror faced alone is isolating and far more horrible than when faced as a group. If no one believes you, you’re psychologically isolated and the horror is multiplied.

So, it’s a very familiar setting, the novum and defamiliarisation are part of Christian mythology: specifically, the existence of demons, and the refamiliarisation is immediate, despite the ‘implausibility’ of the situation because such powerful horror novums are very, very familiar to the audience.

You can create entirely new myths and horrors in your stories; however, to be successful they will need to tap into the same psyche and trigger the same terrors as familiar myths.

4.  The school is under a mushroom, the victim is a dwarf and the bullies are elves.

5. The victim is a boy wizard and the bullies are using ensorcelled soccer boots to do the kicking.

In both instances, the familiarisation still rests with the familiar situation: bullying in playgrounds. The defamiliarisation uses classic fairy tale motifs as novums: creatures of myth and the existence of magic. The audience is instantly refamiliarised in this world and accepts from this point on that the narrative will include dwarves and elves in Example 4, or the existence of wizards and magic in Example 5 (myth).

In sum, speculative fiction has well-defined rules that help your reader buy into the world and the characters you create. These rules allow you as a writer to inject tension and drama. There’re also few better ways to beat writer’s block than to have something go wrong with your novum and you have to fix the problem.

Sonny Whitelaw has enjoyed a successful career as a writer for more than thirty years. Her work as a photojournalist has appeared in dozens of international magazines including National Geographic. She won a Draco Award for her first novel, The Rhesus Factor and all eight of her novels including five based on the television series, Stargate, have been international bestsellers.

A qualified adult educator with an MA in Creative Writing, Sonny taught writing courses to adults and teenagers in Sydney, Brisbane and Melbourne. In 2008 she moved with her teenage son to a small lifestyle property in Oxford, Canterbury.

When she’s not having an enormous amount of fun exploring the South Island, Sonny divides her time between researching and writing scientific reports, editing fiction and non-fiction manuscripts, and working on a young adult science fantasy series, The Runes of Creation.

Sonny is a tutor for the Write a Novel Course at NZ Writers College.