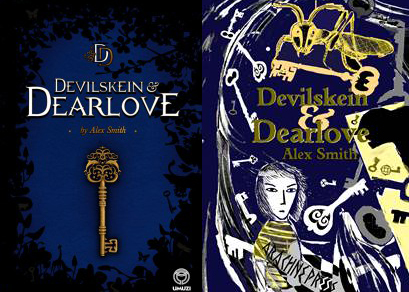 Award-winning author ALEX SMITH tells us about the making of the trailer for her upcoming novel Devilskein & Dearlove. 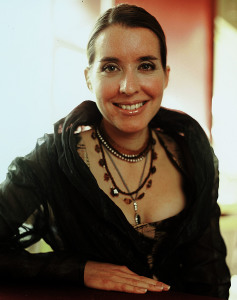 While I was writing Devilskein & Dearlove, I saw the story unfold in pictures, like a Studio Ghibli animated film. When Cherry Potts, my UK publisher and owner of Arachne Press, said she wanted to make a book trailer, I thought that sounded like fine plan. I had no idea, though, that between Cherry and the brilliant animator Nick Page they would so absolutely capture the style and pictures I had envisaged in my head.

They made the trailer. Cherry developed the script from the novel. She organised the wonderful actors, the music and sound effects. She created mood-boards (a kind of pre-animation version of the trailer).

For the mood boards, I sent her photos of Long Street and an image of a man with tattoos on his face, the sort of look I had envisaged for Devilskein.  The man was a former Pollsmoor prison 28’s gang member – that gang is a kind of ‘company’ within the prison and Devilskein is a Company Man of sorts too.

Book trailers as an art or a tool are contentious, but Cherry had a very practical reason for making this one: I am in South Africa and was not going to be able to make the UK launch, so she wanted to create something visual to capture the imaginations of readers. Having it on YouTube gives it a wide reach.

Until this book trailer, I’d never watched one.  I had only a vague recollection of my friend, author Sarah Lotz, making a trailer for her novel The Mall, which required that she and the camera man develop a collection of maggots! (I’m glad mine was animated!)

I’ve also read that while book trailers may not work for all genres, they seem to have been particularly successful with books in the YA genre, probably because the current YA generation is permanently connected, online and very visual.  As a marketing tool, in this age of Twitter, I think book trailers are a great idea and I’d recommend going this route. After all, every little effort helps to spread the word about a new novel.

Alex Smith’s most recent novel ‘Devilskein & Dearlove’ is a YA Fantasy, described by the Sunday Times as “a magical tale not soon forgotten”. She is also the author of Algeria’s Way, Four Drunk Beauties, Agency Blue and Drinking from the Dragon’s Well.

Her writing has been shortlisted for the SA PEN Literary Award, Short Sharp Stories Award and the Caine Prize for African writing, and has won a Sanlam Prize for Youth Literature and a Nielsens Booksellers’ Choice Award.