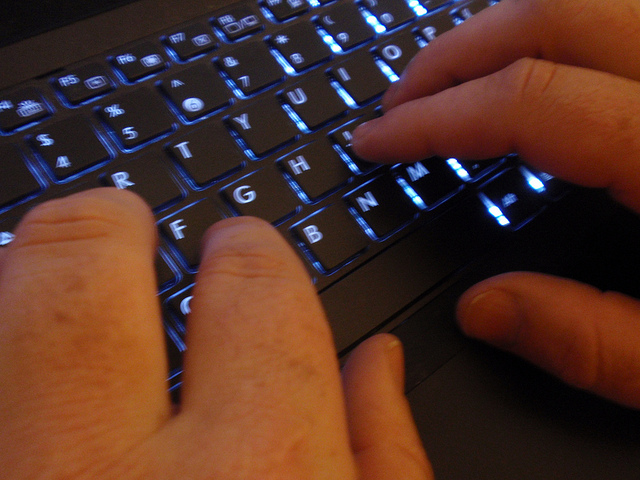 He’s the son of New Zealand’s inaugural Poet Laureate and describes himself as a freelance writer and editor. He’s a columnist for the NZ Herald and RNZ Online, political editor at The Spinoff, and contributor to the Guardian.

ROCHELLE SEWELL chats to Toby Manhire about his work.

Question: You hail from New Zealand writing pedigree. I imagine you grew up in a household of books and literary discussions at the dinner-table. Did this influence your decision to become a writer?

Answer: I didn’t decide to become a writer; if anything I’m an editor. But I do write, I’ve always written. I started out editing Salient, then went to London and worked as an editor for the Guardian. When I came back here there weren’t as many editing jobs so I ended up doing more writing.

Of course I didn’t realise how lucky I was when I was growing up.

Q: I’ve read that you’re co-parenting your two children. How do you manage the leap from being Dad, into a ‘writing mind-set’?

A: I’d like to say it’s about having “focused time” for each, but that’s hard to do. I probably spend too much time on the internet. I write a lot at night when the children are sleeping, two to three nights per week. Most of my writing time is spent alone and freelance writing can be a very solitary existence. Sometimes you just have to do it and when I’m in that space I’m opinion testing. Readers want to see my viewpoint, not a column that reveals all sides of the argument.

Q: How do you decide what to write about and where do you get ideas?

A: I use Twitter a lot. I use it as a newsfeed but occasionally get sucked into the social side. I constantly bookmark articles to read later. I’ve got several notebooks of ideas that I try to keep in some sort of order.

Half of writing is reading. You can’t write a great poem if you’ve never read poetry and I think “genius doesn’t just strike”. I follow Aimie Cronin and she reads one feature article a day. I think that’s a great discipline.

Q: You’re an active tweeter, and were nominated one of the top 100 tweeters to follow in the lead up to the 2014 general election. What role do you think journalists will play in the realm of social media and online publishing in the future?

A: When I joined the Guardian in 2000 no-one wanted to write for the web team. Within two years that changed significantly. The Guardian would fall over if it wasn’t a global online brand. Weekday newspapers are struggling because readers “lean forward” to get instant information from their tablets or smart phones before it dates. “Sit back” journalism, that’s magazines and weekend papers, are doing OK.

The tricky part is advertising and making money from digital. The quarter page advert has been replaced by an online box and Google is the broker, meaning that you have more targeted advertising.

Q: Given the state of the writing industry, what general advice would you give to aspiring writers and journalists starting out today?

A: You just have to write. You can definitely still make a living. The good thing about the digital revolution is there are no barriers. Anyone can blog. Anyone can post articles on Facebook. It’s all experience, even if to start with it’s for free.

Q: What’s the most important writing tip you ever received?

A: Giles Coren says the best way to approach writing a feature article is to think that you’re writing an email to a friend, but without the swear words. I think you can overthink it but sometimes it’s best to just knock it out, and then of course go back and revise and review.

Rochelle Sewell is an Auckland writer. She completed her BA (English) before taking a new direction and working as a town planner for 15 years, both in New Zealand and the UK. She enjoyed this time writing strategies to shape future cities. She’s found that having children has given her a pause to return to her love of writing and recording her life as a mother of two young daughters.