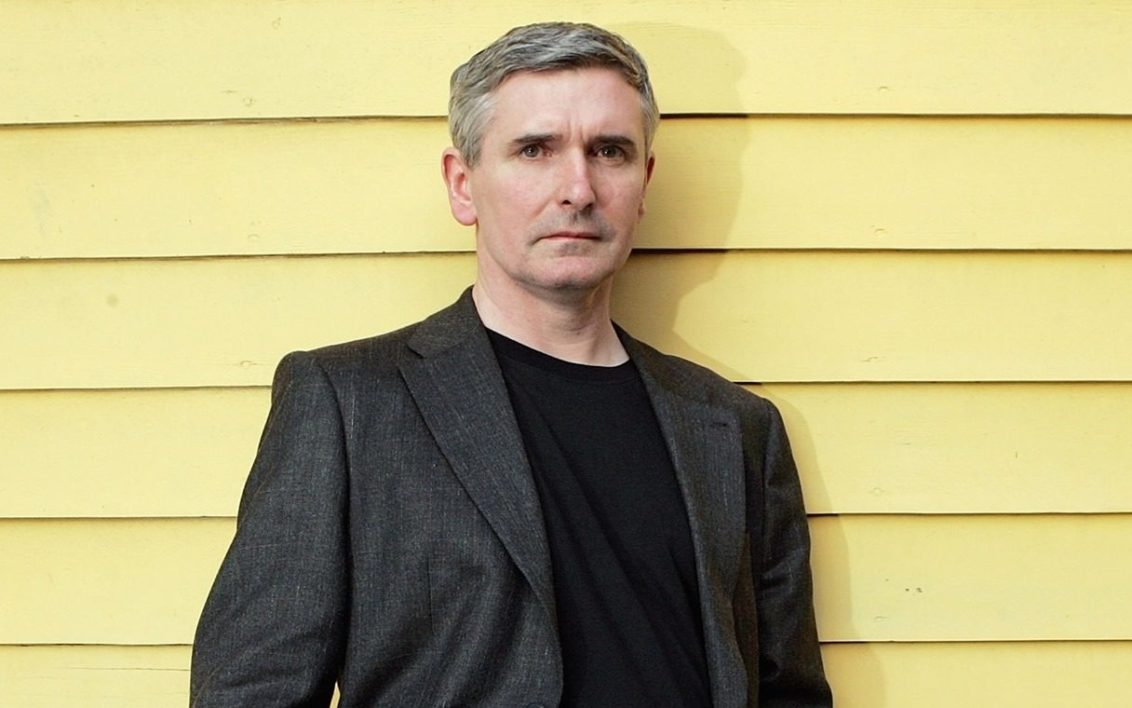 You know a new trilogy has really grabbed you when, as soon as you finish the first novel, you write the next two books’ release dates on your calendar, eager to go adventuring with those characters in their world again. This was exactly how I felt about M.R. Carey’s Book Of Koli trilogy.

Contents
You know a new trilogy has really grabbed you when, as soon as you finish the first novel, you write the next two books’ release dates on your calendar, eager to go adventuring with those characters in their world again. This was exactly how I felt about M.R. Carey’s Book Of Koli trilogy.ABOUT THE AUTHOR

One of the many things I enjoyed about Carey’s trilogy was how the characters’ names were so fitting to each of them, and how every place name felt so deeply seated in the writer’s fictional landscape, as if they had been there since time immemorial.

It can be quite a challenge in speculative fiction to come up with names that have a captivating ring to them without sounding corny or contrived, and I was keen to have a conversation with Carey about these elements of fiction writing. Fortunately for us, he was generous with his time and advice.

Carey says he was aware that there was a lot of world-building to be done when he started planning and then writing the Koli books, and he wanted the names to give a sense of the world and to feel ‘all of a piece with it.’ He approached this in several ways:

‘For the place names, I made them all close variants on existing UK place names – and the kind of variants you’d expect in a society that had little to no literacy. Lots of switched-out vowel sounds (Mytholmroyd becoming Mythen Rood), syncopation of unnecessary syllables (Luddenden becoming Ludden) and so on.’

He also wanted to reflect and take on board the fact that this was a society that had reverted to a late medieval level of technology and infrastructure.

He explains, ‘So I blatantly ripped off the very widespread tendency in European societies of the middle ages to have surnames that identified profession and status. Tanhide, Woodsmith, Reedwright, Cooper, Paint… there’s a long list.’

But Carey was aware that could not be the only approach to follow, so he made sure that ‘some families have managed to hold onto names that probably have a much longer pedigree – names they’ve kept, maybe with a few changes, over the generations.’

In addition, he wanted to include some names in the books that have what he refers to as ‘a sort of rough-hewn poetry to them – Frostfend, Holdfast, Stepjack’ and notes that ‘You can see why those might have stuck even if they were less useful as descriptors.’

Carey also took into consideration that the communities that populate the books exist in extreme isolation: ‘They’re so cut off from each other, you wouldn’t expect to find the same naming conventions even in villages that are quite close together; and by the time you’re travelled a hundred miles or so you’re in another world. So for the village of Many Fishes I used the phrasal names that were common in a lot of pre-industrial societies a millennium or so before those profession-descriptor names: Taller Than Trees, Dog Runner, Swims With His Eyes Shut and so on.’ Carey reports that he had a long discussion with his sensitivity reader about this, and that at first they were concerned that readers might see it as cultural appropriation, because that convention is very strongly associated in British and American culture with Native American societies. But he also notes ‘that’s only because we routinely translate Tatanka Yotanka into Sitting Bull, whereas we don’t translate Oedipus into Swollen Foot. So I went ahead and did it and braced myself for the argument.’

That leaves the one-of-a-kind names encountered in the story. One of these characters, who has adopted the name Senlas, is explained when we hear his followers chanting “Sent last”. Another, named Ursala-from-Elsewhere, Carey explains as the very mild xenophobia of a community showing through.

Carey observes that, ‘It sounds as though I sweated all this quite hard, and I guess I did, but none of it felt like effort. You put a name up against a character the same way you’d put a tie up against a shirt to see if it looks great or hideous. But names do matter a lot and it’s worth taking the time to think about what you’re doing. You can’t stop them creating expectations and you want to be in control of that process.’

Another element of Carey’s writing that I am a great fan of, is how distinctive each character’s dialogue is. I asked him about his approach to writing dialogue and he replied that ever since The Girl With All the Gifts he starts with the characters’ voices: ‘In the Koli books, the narrative voice is his [Koli’s] voice, initially, and then it cedes from time to time to the voices of other characters.’

In The Girl With All the Gifts, he reports that the novel’s voice shifts in noticeable ways depending on whose Point Of View is being presented, but also that there are some things that don’t vary: ‘To pick an obvious example, the use of the present tense throughout was dictated by Melanie’s POV which predominates and which was the first thing I worked out.’

Carey says that when you’re beginning to work on up a story, you start off with a sense of your characters mostly in terms of what the story needs them to be: ‘That’s especially true if you’re writing something plot-centric, but even if your work is more character-driven, you still begin with a stylised, stripped-down version of the character that needs to be fleshed out. And in the past I’d often let that fleshing out happen on the fly.’

Carey explains that these days, for all the characters that matter, he has extensive chats with them while still figuring how everything fits together: ‘I explore their voices and try to get a feel for the lilt and the idiolect before I put them into the story – because it’s revelatory. You don’t need to know everything there is to know about your characters, but knowing how they talk is a great way of getting a little way inside their heads.’

He describes this process as a useful prophylactic against having all your characters speak with the same voice – a trap that can be fatally easy to fall into.

With the Koli books, Carey notes that the main character’s voice in his capacity as narrator is the hinge on which the whole thing turns.

‘So working that out was crucial and urgent in a way that wouldn’t necessarily be the case with a third-person narrative. But it’s always a good starting point. If your characters all come out sounding the same when they talk, that’s generally a sign that you haven’t really figured out their interior landscape. Worst case, you might still be writing them as plot functions rather than as people, which will tend to make the story inert and unconvincing.’

Carey describes another way of revealing a character’s voice: role-play the characters, either all on your own or with friends. ‘I know a British writer who fills out cheesy internet quizzes, writing in the answers that their characters would give. The stupider and more banal the quiz, the better, she said.’ He recalls that at a workshop once ‘I was made to write a 200-word precis of a Shakespeare play in my character’s voice, which was a lot of fun.’

He points out that the important thing is the decentring: ‘Find a way to put yourself in your characters’ space, imaginatively, so that how they speak becomes an aspect of who they are and how they see the world.’

According to Carey, the important thing to stress with writing is that you just need to do what works for you. And as a writer he is of the opinion that it’s good to be canvassing your decisions in a conscious way, on the principle that you’re less likely to fall into a pothole if you’ve got your eyes open: ‘But you don’t ever need to justify your choices to anyone else, or explain them, or even know why exactly you feel they work.’ In his own writing he finds it valuable to play around and experiment with the various options until he gets to the point where they feel right – ‘Otherwise you can end up, as I did for many years, doing a lot of things by default that will hurt your story rather than enhance it.’

M.R. Carey has written for DC and Marvek, and his novel The Girl With All The Gifts has sold more than a million copies and became a major motion picture. His latest novels are the Book Of Koli trilogy.

Andrew Salomon is an award-winning fiction writer and a tutor with The Writers College. He teaches the Write a Novel Course.