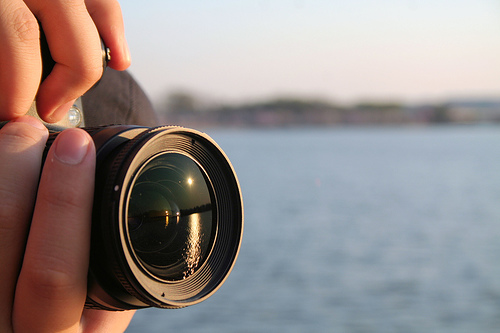 In the small town where I grew up, Afrikaners were regarded as foreigners and Africans were hardly a blip on the radar screen. Anything un-English was unsettlingly ‘other’. So when I went to work for a black newspaper (The World) my parents went through phases of fear, horror and distress. They certainly didn’t tell the neighbours.

More by accident than design, however, I discovered the warm heart of Soweto and moved into Dobsonville – a little strange for a white backwoods kid in the 1960s. What I’d realised, though, was that other cultures weren’t scary, they were fascinating.

A few years later, after the security police had hounded me out of Soweto and South Africa (for living on the wrong side of the tracks), I ended up in southern Morocco covering the desert war for United Press.

I’d based myself in Tangier, a dreamy place back then, and was living in the wonder of my first utterly alien culture. William Burroughs was penning his obscure novels down the road; the Black Panther, Eldridge Cleaver, passed through on his way to self-imposed exile in Algeria and Crosby, Stills, Nash and Young were singing about riding on the Marrakech express. It was a cool place to be.

Out in the desert, though, a crazy war was going on between the Moroccan military and Taureg guerrillas called the Politsario over who owned that bit of the Sahara. I hitched a ride south with two crazy Frenchmen and, on the way, we camped on a vast beach at Essaouira where Jimmi Hendrix is reputed to have written the lines: “castles made of sand fall into the sea, eventually.”

As we continued southwards, barren, rusted mountains appeared on our left with occasional ruddy hill forts skirted by rock-coloured villages. Paper-white goats picked among the low bushes, looking like holes through the rust.

Goulimine, when it appeared over the peach-coloured sand, was a frontier town on the borders of Spanish Sahara, a jumping-off point for Moroccan soldiers heading into the desert to fight the guerillas. There were no tourists and the troops stared at us as we stopped in the square.

Feeling distinctly out of place, we decided to head east beyond the hills into the Sahara. It was the emptiest nowhere I’d ever been. There were no tracks and we zigzagged up a wadi and through the hills, selecting a camp site in the lee of a sandstone cliff.

Early the next morning, before sunrise, I grabbed my camera and walked out of camp and into the hills. As I rounded a ridge a camel stepped noiselessly across my path. Mounted on it was a man dressed entirely in blue with a cloth covering his nose and mouth. There was a large, curved knife sheathed at his belt and in his hand was an Uzzi submachine gun. I nearly died of fright, but remembered the ways of the desert, placing my right hand on my heart and greeting him: “Salaam alaikum.”

“Alaikum salaam,” he replied, staring at me with glittering eyes beneath his rolled turban. He said something in Arabic and I shrugged. I told him I was camping in the hills and, not understanding English, he shrugged. He looked absolutely magnificent in the early light, a being from another world, and the photographer in me wanted to capture him on film. I raised my camera and he whipped the Uzzi round, pointing it at my head. I braced myself for the shock of the blast.

The only thing I could think to do was hand him the camera. He took it, flipped it open with surprising skill for a wild desert Taureg and ripped out the film, dropping it onto the sand. Then he handed back the camera, raised his hand in greeting and guided his camel down into the dunefield. I’d met the Politsario.

When we got back to Goulimine it was like an overturned beehive. Soldiers were cramming into troop carriers and captains were screaming instructions hysterically. They almost pushed us out of town and back up the road towards Casablanca.

Back in Tangier I discovered what had happened. The night we slept beyond Goulimine, Politsario guerrillas had penetrated the fort line, neutralising guards with  their sharp blades. They’d then infiltrated the camp and silently cut the throats of more than 100 sleeping soldiers, vanishing into the night without trace. I also found out what the Moroccans called the Politsario: Blue ghosts.

That trip changed me forever. I had stood on the threshold of an alien world and it felt whole and utterly alluring. I wanted more. It may explain why I became a travel writer.

Don Pinnock is a former editor of Getaway magazine. He is the author of 13 books and has written countless travel articles for magazines and newspapers. He is a director of Southern Write, an association of top travel writers and photographers in Africa.

His books include The Brotherhoods: Street Gangs and State Control, Gangs, Rituals and Rites of Passage, Natural Selections, African Journeys, Loveletters to Africa, Writing Left (a biography of Ruth First) and Blue Ice: Travels in Antarctica and The Woman who Lived in a Tree and Other Perfect Strangers and Voices of Liberation. His third collection of natural history stories, Wild as it Gets, is in press. His first novel, Rainmaker, was a finalist for the 2009 European Union Literary Award.

Don has a PhD in political science, an MA in criminology, a BA in African history and has published a post-doctoral study on gangs, rituals and rites of passage. He has held lectureships in Journalism (Rhodes University) and Criminology (University of Cape Town) and completed his PhD research at London University.

Don tutors the Travel Writing Course at The Writers’ College.

Read what past-students say about the Travel Writing Course:

“I thoroughly enjoyed doing this course. My tutor Don was fantastic and I learnt a lot from him. It was a pleasure working with the team at the Writers’ College;  they were helpful and considerate.” Grant Christie, Travel Writing

“This course was a lot of fun and was most comprehensive; I highly recommend it! It provided all the necessary tools for becoming a published travel writer, such as the dos and don’ts for submitting articles to editors, as well as various writing tips and pitfalls which prevent wasting time on unnecessary mistakes. Don was a fantastic and patient mentor! I was very nervous submitting my work to such a well regarded and exceptional writer, but Don encouraged me and kept me going throughout the more complicated sections of the course. I appreciated his honesty and direct approach, but found that he never minded if I queried something or asked for clarity – he shares his experience and knowledge gladly. I have a better understanding of travel writing now, and I am better equipped to set about getting my work published. This is a professional, high quality College that offers slick courses of international standard. The fact that you’re mentored by a professional in the field is an added bonus.” Wendy McSeveney, Travel Writing

“The course notes were thorough, informative and relevant. Feedback was prompt and helpful, and Don was encouraging. I would describe the course as challenging in the best and most useful kind of way!” Helen Wallace, Travel Writing Course

“Absolutely wonderful course, I got far more from the course than I expected. What a privilege to learn from someone like Don Pinnock, who I regard as one of the best writers in the industry. His positive feedback and constructive criticism will always stay with me. He is one of those people who knows just how to get the best out of his students. A wonderful experience. I cannot wait to enrol for another course!” Hannelie van As, Travel Writing Course

“I loved the course. I found it extremely helpful in terms of guidance and tips with regards to the industry. The logical flow of the course modules in terms of putting an article together really mapped out the necessary process for me and the modules themselves were structured really well. I loved the additional articles and example excerpts and found they really clarified the modules for me. Don was very prompt with responses and feedback – so much so that he gave me no time to have a drink between submissions and receiving the next module! He helped me greatly in terms of weaknesses in my writing and has given me the tools to write with a lot more confidence.” Leandre Jacobs, Travel Writing Course

“The course is well worked-out and deadlines are within attainable time frames. The lecturer set a high standard for the work, but also offered sufficient advice when it was necessary. The Writers’ College has given me the opportunity to broaden my knowledge and experience, without the inconvenience of attending classes or wasting time on subjects that were unnecessary.” Karen Joubert, Travel Writing Course

“First of all Don Pinnock was fantastic. There were moments when I was ready to throw in the towel, but his honest critiques and gentle encouragement kept me going. He is a marvellous man! It was no walk in the park; very challenging and enlightening. Would love to do it all over again.” Janine Grobler, Travel Writing Course

“I really enjoyed the course. It was fun, challenging and critical. Usually online courses aren’t very personal and lack quality feedback, but this was not the case with the Writer’s College. I received expert advice and guidelines. It was a quick and effective way to learn everything I needed to in order to realise my dream and become more confident. I’d recommend it to anyone and would do a different course in the future, too. I knew every second that I was in good hands and working under someone extremely talented and experienced. I also appreciated the bluntness and humour of my tutor. I know that he is a very busy man and I often thought that he might get a bit annoyed at my naivety, but he always got back to me immediately, after every assignment, with thorough advice. In only five months, you’ve helped me realise my dream and made it attainable.” Roelien Steenkamp, Travel Writing Course

“It has been a fabulous experience working with Don. I appreciate the time he took, the comments, criticisms and most of all, the encouragement. This is a course focused on giving the basic, industry related information, without wasting time on irrelevant information.” Bianca Preusker, Travel Writing Course

“The response time [of my tutor] was incredibly quick in general. Also appreciated the specifics of advice. E.g. contacts in the industry. Overall I am very glad I took this course, and thankful to have had Don as my tutor. It’s an efficient, enjoyable and simple way to learn the basics of good writing.” Georgie Chennells, The Travel Writing Course

“I would definitely recommend this course to anyone wanting to learn more about various genres of writing. I thoroughly enjoyed the challenge. Just need to get published now – then I guess the proof will be in the pudding as they say!” Dee During, The Travel Writing Course

“Thanks for the encouragement and the excellent administrative support from the College.” Marcelle Balt, Travel Writing Course

“The course opened up a new world that I knew nothing about previously. The tutor feedback was extremely useful. I will definitely recommend the course and aim to build on all I have learnt.” Anna Smit, Travel Writing Course