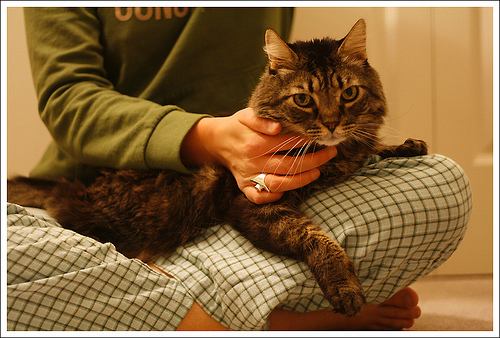 It wasn’t always writing that I loved. First there was the sensory world of writing: cracking the spine on a new notebook, ink flowing across a fresh page, lens-less glasses on the end of my nose. I wrote my first story, an epic tale starring my teddy bear, because I liked the clacking of the keys on our first computer.

Most of my early stories were born from this sensory preoccupation. They emerged naturally throughout my childhood, mostly unnoticed. When I was 11 I was given a particularly enticing set of spelling words to arrange into a sentence. I accidentally wrote a 12-page political drama that I doubt my teacher ever read. The essay came back with an anti-climactic tick in the margins and an infuriating smiley face.

Later, during my Tolkien fixation, I wrote the story of the fated love between an elf and a mortal. The elf, Arden, sacrifices her immortality to be with the mortal – Araborn. Thankfully my English teacher had neglected to read Lord of the Rings.

Despite the recurrent creation of stories throughout my childhood, I never thought of myself as a ‘writer’. Then the Internet happened, or at least, I discovered it.

My favourite method of procrastination during university was reading blogs. I nursed ambitions of starting my own but what if I didn’t know what to write? What if no one read it? It was when the deadline on a particularly tedious essay loomed that I finally started my own blog. It turns out my boredom is stronger than fear. I became infatuated with themes and fonts and all hope of studying slipped away.

What started as a study break became my way of expressing myself and looking critically at the world. I became more opinionated, better at assembling theories, and more confident of my own thoughts.

And so it happened that one day I sat down, drew a brainstorm bubble on a page and wrote inside it ‘What to do with my life’. The first line stretching from the bubble said ‘writer’. I realised writing wasn’t just something I wanted to do, it was something I couldn’t not do.

When I moved to New Zealand I decided to delay my return to university and life as a perennial student. I would take six months to settle, write, and recover from Sydney.

I found myself a weekend job in a small art gallery, bought a new desk, and sat down to write. I had imagined this six months as being somewhat Carrie Bradshaw-esque. I thought I’d be fabulous in my fabulous office, feverishly typing highbrow literature, a cigarette dangling from my silently moving lips, a long black at my elbow. It turns out cigarettes give me headaches and long blacks don’t taste good, but I felt that aesthetics were important if I was to be taken seriously as a novelist.

There was a notebook I’d been carrying around filled with ideas for a novel that I’d outgrown, but decided to write anyway. On some level I thought it might just turn out to be the next Harry Potter. I imagined JK Rowling handing me her crown. I thought of people to thank when I won the Man Booker. All I had to do was sit down and write the bloody thing.

But life as a novelist, if I can call it that, isn’t quite so fabulous.

Instead of rising at dawn, while the house was still silent, I’d roll out of bed late and stumble to the kitchen to make my terrible black coffee. I’d indulge in ten minutes of vacant staring before shuffling to the office, hiking up my pyjama pants on the way. After an hour or so of Facebook stalking, the guilt would kick in and I could work.

This was the most productive two hours of the day.

The feverish writing was the only accurate part of my daydream. It came in bursts, interrupted only by the cat trying to sleep on the keyboard. I’d convince myself I was a star. I was the queen in a kingdom of words. Where had the world of literature been without me all this time? I’d take a break by making a victor’s lunch, before returning to edit the morning’s work.

As the recently appointed queen of literature I’d try to make sense of my draft. And it was always at this point I’d realise I’d spent the morning bashing my palms against the keyboard. My crown would slip off my head and fall to the ground. I’d consider casting myself into a pit for the talentless. I’d only amount to someone who writes awkward one-liners on cubicle doors. I’d never been one for the middle ground.

My sister would come home and yell at me for not doing the dishes. I’d yell back that I’d been working. She didn’t care for my assurances that just because my work was at home, and didn’t earn money, it was any less real.

I had no fear when writing was something I did on napkins and the back of receipts, or in my Grade 6 homework. When writing became What I Wanted To Do With My Life, a little man entered my brain and started whispering to my latent anxieties. He goes by many names: Self Doubt, Comparison, Fear of Failure.

Sometimes I’d sit at my desk, feel a jolt of fear, and decide I couldn’t possibly write when I had light bulbs to replace, or fluff to pick off sweaters. If I never wrote anything, I could maintain the illusion that what I did write was good. The only way to destroy that illusion was to write and be bad at it.

The trick, I eventually learnt, is to create your own little man. Give him a light-sabre and let him fight the other one back, taking no prisoners. He won’t sound the death knell for self doubt, but he can remind me every now and then to keep writing, and to hell with ‘good enough’.