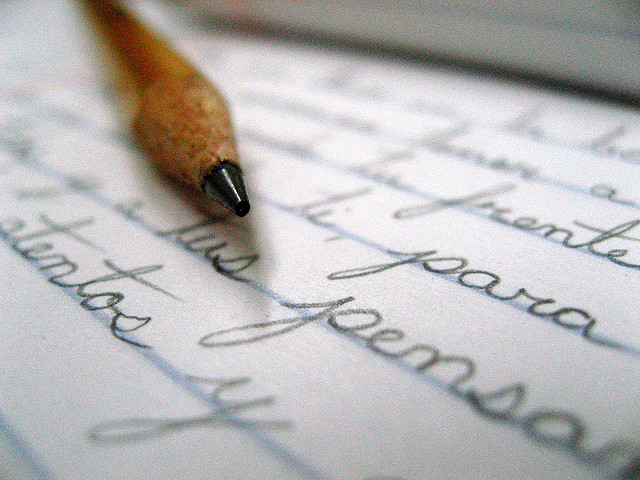 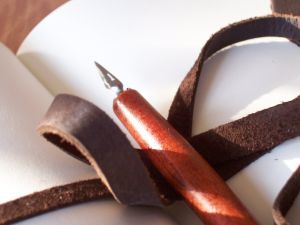 IF I wake up in the morning with perfectly formed sentences scratching at the inside of my skull to get out, I leap at the laptop and bash away at the keys like I’m playing ragtime on the piano. But on the other 360 days of the year I need my toy box.

My favourite toys are three books; a wooden egg; a tiny woven basket with a lid; a picture of Gaudi’s workshop, and a portrait of Beethoven. In case the value of these to a writer is not immediately obvious, let me explain.

Books, you might think, are tools rather than toys, and I do use them as tools especially when editing my work, but when I want to create – get the right side write-brain in gear – I play. Opening them at random, I close my eyes, put my finger on the page, and look to see what I’ve picked. I might do that three times, write down what I find and let it slide between the grey cells for a while. If I prefer the word above or below where my finger landed, fine, cheating is allowed – no rules.

When I played this game yesterday with one of my favourite books, I discovered the Titanic was provisioned with 800lbs of tea and 8000 cigars; balderdash is a Norse word; the Scoville Scale measures the hotness of chillis, and I must ensure this article avoids floccinaucinihilipilification (being assessed as worthless). I could have found Roman numerals, Cockney rhyming slang, or the names of wedding anniversaries.

What was I playing with? – Schott’s Original Miscellany, (Bloomsbury). In addition to mental stimulation, it is a rare source of that specific detail – what Sol Stein calls, ‘particularity’ – that can give a piece of writing resonance and authenticity. But beware: it can be addictive.

I’ve used various paper back editions of Thesaurus since my school days, but at a car-boot sale recently I found a hard back tome so bruised and faded I had to read the flyleaf to find the title: Roget’s International Thesaurus. Instead of just the 27 words for ‘death’ in my Collin’s paperback edition, the International has four whole columns of words, phrases and associations: ‘life’ has only two. It’s enough to turn any writer to murder.

The quotes at the bottom of each page are fun too: ‘Though an angel should write, still ‘tis devils must print’. (T. Moore). Or, ‘If you wish to be a good writer, write’. (Epictetus), which is what this treasure chest of words encourages me to do – and all for $2.

My third book-toy is Brewer’s Dictionary of Phrase and Fable. There you will see that the saying, ‘To get out of bed on the wrong side’ is a superstition dating from the use of chamber pots, and the importance of remembering on which side of the bed you left it when it was too full to move. Well no, actually I just made that up, officially it is about bad luck associated with putting the left foot down first, (and the left shoe on first), but you see what I mean about stimulus to imagination?

What did it open? Who put in there? Why the need to hide it? How did the egg come to be at the junk stall? It’s a mind-set toy: these are the sort of questions I need in my mind when I’m struggling to write; when I want to look deep inside my characters’ heads and hearts, and into my own secrets, because I know that is where the key to story will be.

And Gaudi’s design picture? He has always inspired me; in my childhood because I was too inhibited to draw and he seemed to have enough freedom of imagination for both of us.

Looking at the shapes and colours in his buildings made me feel artistic even if I couldn’t express it. Later, I realized his originality was perfectly matched with a profound understanding of structure.

The picture on my wall shows an assortment of cords and chains of varying thickness and length, suspended at overlapping intervals from overhead beams. It’s a copy of an old grainy print and it looks like a mess of cobwebs hanging from Miss Haversham’s ceiling. But turn the picture upside down and you have the signature catenary arches of classic Gaudi. For him it was an experiential design tool: for me it is a source of courage to turn my stories on their heads if they are not working – reverse the ending; switch to another point of view; begin in the middle.

The purpose of my other two favourite toys is more prosaic. The little basket is woven with consummate skill into a sphere, including the tight-fitting lid. Inside, I place slips of paper on which I have noted issues that persistently interrupt my creative thinking – the phone call I must make later, items for the shopping list, the extortionate plumber’s bill. I press down the lid and there they stay until my writing session is finished: they won’t be forgotten but they’re out of my head and out of sight.

I find inspiration in Beethoven’s music and often play it while writing, if only to feel his passion. The portrait I have on my desk is a reproduction of J.K. Stieler’s 1819 original ‘Beethoven holding the manuscript of the Missa solemnis’. What does this do for me? His eyes look up from heavy brows into some vision beyond the viewer; his mouth is set in concentration. He is completely absorbed. I gaze at him and there is not a semi-quaver of sympathy. The message is unequivocal: get on with it!