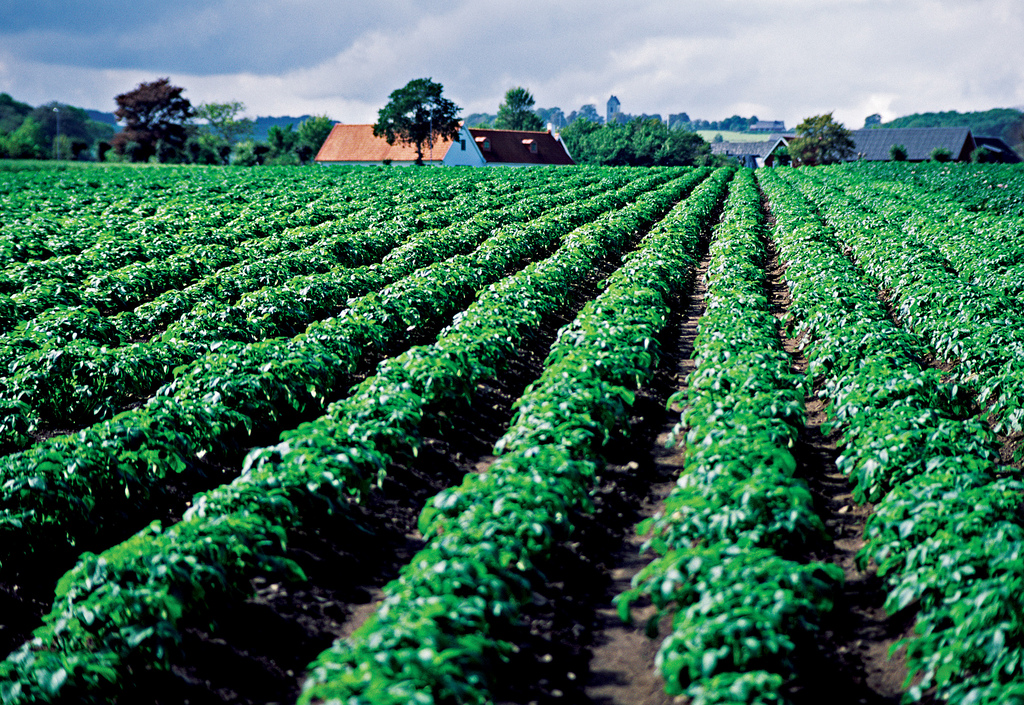 Contents
BY GABRIELLA BRANDAbout the Author

I’m a little embarrassed to admit that meeting a potato farmer helped me become a writer. But it’s true. My literary career only began to blossom after Mr Russet Man came into my life.

Of course, it would be much more exciting to say that I met a famous novelist or a publisher at a swanky New York book fair. That they took one look at the short story I was carrying around like a cocktail napkin….and boom…I was launched.

But that’s not what happened.

It took a simple potato farmer to show me the way. A man who understood, intuitively, that stories have to be rooted in the soil of our souls, or else they’re just weeds.

I’d always been a writer, of sorts. As a child, my poems and stories about parakeets or flying saucers were often showcased in the school literary magazine. However, I kept my deeper writing well hidden from public view. Every night, I filled the pages of a little faux-leather diary and locked it with a tiny key.

At university, a professor spouted the tired dictum: “Write what you know.” But I didn’t dare. I lacked the courage to publicly expose my disappointments or my fears or my crazy parents. I churned out a few short stories about young girls in Edwardian England, or star-crossed lovers on a Chinese junk, but these pieces lacked authenticity, and I knew it.

In time, I married a perfectly nice man. A brilliant scientist with a doctorate from Yale. But I didn’t share my personal writing with him. I suspect he was interested in hard data and statistics, not my flash fiction. Besides, I wasn’t writing much anymore. I had become a foreign language teacher, a mother, eventually an academy head. I churned out report cards and grocery lists and school budgets.

You’ve probably already guessed about the perfectly nice divorce. After that, I stayed deliciously single, punctuated by several suitors and a few rejections. Not the editorial kind, since I still didn’t have the guts to submit any work!

But here’s where we come to the potato farmer.

Mr Russet Man was not my type, as they say.

His rural roots stuck out like a pair of dungarees on the subway. I’m a city girl. I live at the end of the train line to Manhattan. He was mellow and relaxed. I’m wound up tight. He wore the wrong shirt and read the wrong books.

Of course you can see what’s coming. The farmer is actually the prince who sweeps me off my stilettos. Or some variation on that theme.

Within days of meeting Mr Russet Man, I learned of his unabashed affection for Maine’s Aroostook County where his family had grown acres and acres of potatoes. Russets, of course. He, himself, had left the farm because he suffered from excruciating migraine headaches and couldn’t stay out in the fields. But the farm never left him.

With no self-consciousness, he talked about the importance of place in his life. Not just the barn and the farmhouse, but the New England town where he grew up, and the graveyards where his Yankee ancestors were buried. He drew oral portraits of Heddy, the hired girl, and Mr K., who served simultaneously as postmaster, dog warden, and police chief in their little community.

I found his rustic ramblings quite charming. As if I were listening to Tom Sawyer or Rebecca of Sunnybrook Farm. A different age. A different innocence.

But then he turned to me and inquired,

And at that moment, I realized that for many years I had been skirting around that very question.

Mr Russet Man’s saga was as linear as a 19th century novel. The locus remained constant. Who grew up on the farm, who left, who came back, who left again.

My own background couldn’t have been more different. My family had never belonged anywhere.

“But tell me about it,” he asked. “I want to hear. People’s stories are fascinating.”

The potato farmer’s desire to learn about my past turned out to be a major catalyst for my writing.

I found that he was an extraordinary listener. And best of all, he asked questions without passing judgment.

“But tell me again why you think your Uncle Tiberio was mute for fifteen years?” he’d inquire.

He didn’t offer any psycho-babble or academic theories. If I was uncomfortable or vague, he would let the “field lie fallow”.

With his gentle encouragement, I looked inward and began to discern the recurring themes of my upbringing. Displacement. Loss. Death. The Old World and the New.

Little by little, I began to cultivate my personal story, nourish it, and harvest it. I found it liberating to fictionalize my experiences in short stories, to strain them through a sieve or to magnify them tenfold.

“You should submit these stories,” said Mr Russet Man, one day. “They’re ripe. Ready to be read by others.”

My first published and paid-for writing was a piece inspired by my immigrant mother. Since then, a whole cast of characters and situations have appeared on my laptop screen, mutating before my eyes, rising up from my gut and entering the land of make-believe.

I have a long way to go on the writing journey. More questions to answer. More rows to hoe. Maybe there’s a novel lurking in my future. But I don’t think I would have even started on this path at all if I hadn’t met and married my quiet, caring potato farmer who became an unlikely muse.

Gabriella Brand is the winner of the December 2015 My Writing Journey Competition.

Her writing has appeared in Perigee, The First Line (U.S) Cordite (Australia), Room Magazine (Canada), The Waterhouse Review (Scotland) and in several anthologies. She divides her time between New Haven, Connecticut, where she teaches, and the Eastern Townships of Quebec, where she hikes, canoes, and daydreams. She speaks several languages and enjoys traveling in Europe and Asia, mostly on foot.