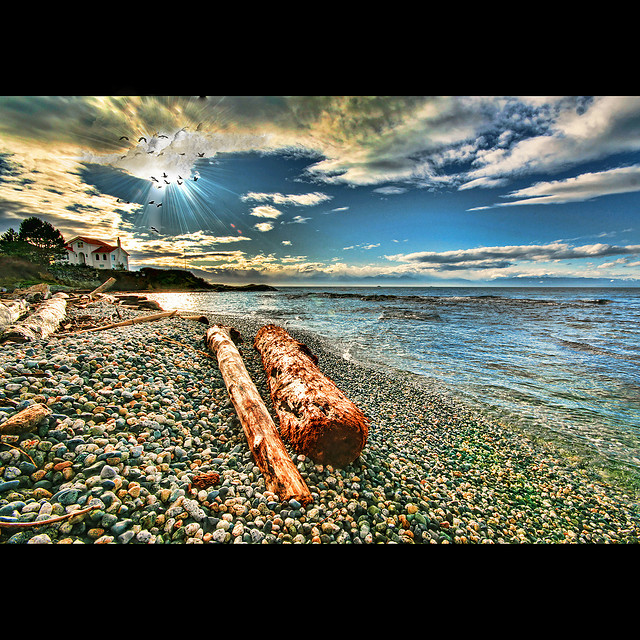 I was five years old, hugging the floor of my mother’s little shack, gunshots ringing through the air. I was too young to understand the violence going on outside, but I felt the terror pouring from my mother like a physical thing. I sobbed when her arms shook around me, then wailed uncontrollably when I saw the tears in her own eyes.

“Shush!” she whispered harshly. Her voice was filled with panic. It only made me cry harder. I didn’t really know what was happening. All I knew was that we lived in a terrible place that always smelt awful, with dirty little shacks and something called gang wars. My mother clapped her hand over my mouth to silence me, but it was too late. I had reached the screaming point, the point of no return. I never knew why she did it – desperation, I think – but she grabbed a battered old book off the couch, careful not to raise her body off the floor, and shoved it towards me.

Read? I didn’t know how to. It was a grown up book, not like the ones they had at crèche with all the colours and pictures of animals. Still, I opened the book and, my cries forgotten, traced the words with my finger, picking out the letters that made up my name. It was the only thing I knew how to write.

At twelve years old, I lay on the same old couch we’d always had. I was hungry, but I knew not to ask for food. There wasn’t any. Besides, my father was on his way to fetch me, and I knew he would buy me food. My father wasn’t like us, you see. He lived in a brick house and drove a shiny car. I doodled with a pen and notebook I had found in my mother’s wardrobe, drawing pictures of the burgers and ice-creams to come. I pretended not to see my mother as she came in from the other room. She hugged me.

“I’m so sorry honey,” she said softly. “I just spoke to your father. He isn’t coming.”

Somehow I already knew that, but it didn’t stop the hot tears spilling onto my face.

“I hate him!” I screamed. My mother rubbed my back, but I didn’t want comfort. She got up and left. I HATE HIM! I wrote furiously on the notebook. But I didn’t. I didn’t hate him, not really. So I turned the page and started afresh.

My daddy came to fetch me today, I wrote. I stared at the writing for a few minutes, stunned.

I doubt I had the ability to describe it back then when I was 12, but now I imagine that seeing those words felt like unlocking a powerful secret. With just pen and paper, I had changed things. I had created a new reality. Like magic. Things didn’t have to be the way they were, because I had a new weapon. I was no longer there, in that awful place that smelt of garbage and sweat. I was out with my father, eating ice cream at the mall. I heard the sounds of the mall coming to life around me. The more I wrote that day, the more I believed it. Oh my God. I was free.

It was later that I discovered how far I could take my talent. At eighteen years old, I was watching TV when, with a jolt, I realised I could make people fly. In fact, I could make people do just about anything. So many possibilities. A lost girl in the forest, a rich king – all kinds of people across the universe, from all eras, right at my finger tips. I scribbled excitedly, unable and unwilling to stop, like magic.

They say hindsight is 20/20, but I don’t fully agree. I suspect that over time fiction and reality started to bleed into each other for me. I can’t imagine that I could have been anything but a writer. The magic of it reached out and touched me so deeply that sometimes I imagine it flows in my veins.

For me, writing has become like a living thing. When I go to bed my head recites poetry, my dreams are stories, and those phases of writer’s block are like being deserted by a trusted lover. It’s hard for me to separate myself from my writing. I cry for the characters I create, laugh with them and hold dinner parties in my head.

When something becomes as big as my love for writing, I don’t try to contain it. I let it grab me by the scruff, drag me wherever it goes and I just enjoy the ride. Yes, I have romanticized what it means to be a writer, a little, but wasn’t it the great Ray Bradbury who said “You must stay drunk on writing so reality cannot destroy you”?

I regret nothing that has happened in my life because it’s as if everything came together at just the right time to make me the writer I am today. A divine conspiracy, if you will. Because how else can I explain that tracing the words in a battered book with the finger of a five-year-old would turn into something so important and meaningful in my life?

Thorne Busakwe is a 22-year-old writer from South Africa. She is the winner of the January 2015 My Writing Journey Competition.