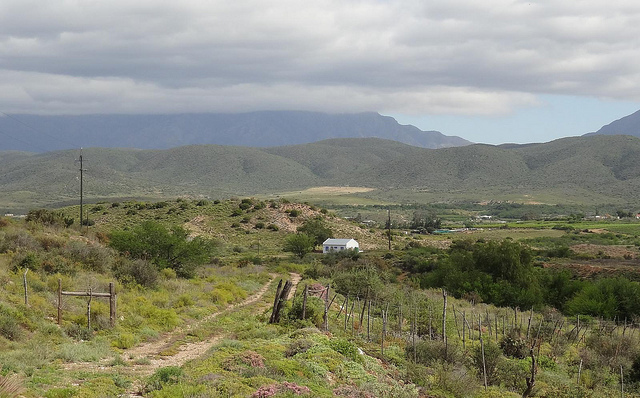 My writing journey leaped ahead when a truck smashed into my car at a traffic light, crumpling the back like a tin can. I was stuck at home for three months with a new border collie puppy and whiplash. Soon after the accident, I discovered a book that changed my life: The Artist’s Way by Julia Cameron. After 12 weeks of working through her exercises, I knew I wanted to be a writer.

I first started writing as a child, however. Apart from school essays, I wrote independently about bees, ants and mice. I churned out short stories about an Indian boy and his horse. Later I wrote articles for local magazines, both paid and unpaid, and published a book on Paper-making, re-printed all over the world. But it was The Artist’s Way that sparked my adult passion for writing.

I devoured books on writing and began a story for my kids about a talking cat, which grew to novel length. Years later, the first draft still sits on my shelf and my kids are grown.

I attended writing courses and joined writing groups. A friend and I scribbled in coffee shops but the waitress kept interrupting: “Do you want more coffee? Can I get you anything else?”

We moved into the country, an hour inland from Cape Town. Living away from the city, the advent of the Internet was a breakthrough. I signed up for an online horror course, which recalled childhood tales told by our African nanny about ghosts and African witchcraft. Maybe I could be a South African version of Stephen King! During an online kidlit course I launched into a novel about a giant hamster running amok in our country town. Galvanized by my future prospects, I had inflated dreams of becoming the next South African Roald Dahl.

Through an online writers’ group I met Joyce Finn, an American woman who once lived in South Africa. She and I wrote “random words” together. We pointed at words in the dictionary, set a timer for 20 minutes and typed flat out, fingers flying over the keyboard. Often a unique story emerged.

Meantime, I learned how to approach agents and publishers. If I got a nibble, I posted chapters of my hamster novel at huge expense. After 23 rejections, I abandoned that project and started a YA novel set in the Transkei, featuring African witchcraft. Something this enjoyable had to pay off eventually, right?

We moved into the Little Karoo, two hours North East of Cape Town, surrounded by mountains. Excited by the change in lifestyle, I wrote a book about building our house, eccentric characters in the village, festivals and food, cobras and pigs rampaging through rose gardens. I fantasised that it echoed “A Year in Provence” by Peter Mayle. I edited doggedly and sent it out. Again no result. What had happened to this brilliant “career” I’d dreamed of? Where had all the joy gone? I’d become so serious. All those months of editing. Two years out of my life for each book and what did I have to show for it? Exhaustion. Burnout. Time for a break. 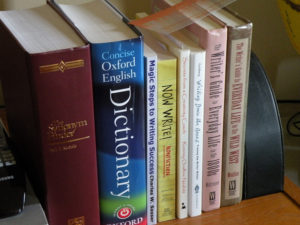 I switched to art. I’d always longed to slosh around with oil paints. I attended courses, sold some paintings, put my writing aside. But there was an inner ache that painting couldn’t satisfy. I kept in touch with Joyce, who meanwhile had gathered several women in an online writing and critique group. I joined and explored flash fiction and erotica.

Oil painting now competed with writing and I spent two years “on a painting sabbatical” until one member, Toni Cauble, was diagnosed with pancreatic cancer. She wrote vivid reports of hospital visits, dinner parties and a trip to Italy, showing courage and optimism despite pain and steady decline. Determined to finish her novel, she whipped chapters through the group for critiques. Toni died with the book unfinished. Her husband hoped to publish it in her memory, so the group decided to complete it. As her book included sex scenes and I enjoy writing erotica, I wrote the final chapters, using Toni’s sketchy outline. Other members edited or handled the publishing side. We raced against a deadline. We wanted it published by the time our online group met for a writing conference six months later.

Writing Toni’s chapters had been exhilarating: the characters, the steamy sex, the heroine’s struggle with addiction. I couldn’t bear to stop, so dusted off my YA Transkei novel, rejoined the group and emailed chapters for feedback. In April, we all met at a conference in Virginia, on the banks of the Potomac River. Everyone received a hard copy of Toni’s book. I felt sad that Toni herself was absent. I’d almost felt her at my shoulder as I wrote her chapters, immersing myself in her style and language.

Although Joyce and I had corresponded for 14 years, this was the first time we met in person. When I looked into her brown eyes and gave her a hug, my eyes misted and my throat swelled. It was like finding a long-lost sister. Similarly with other members. I knew their writing “voices” on the page, but not their real voices, accents or physical presence. It was very moving.

My life has been difficult lately, caring for an aged mother. I have scant time to focus on my novel. But the characters still stroll through my thoughts and I often wonder what they’re doing in my absence. Soon I’ll return to them. Meanwhile I’m playing with shorter pieces. I’ve found I have more fun if I’m not too serious. It doesn’t matter if I don’t become the next Roald Dahl or Stephen King. It’s inhibiting to compare myself with others. Best to relax and have fun. I want to feel the same enthusiasm I felt in the beginning, diving into my keyboard every morning.

Can I still call myself a writer? Yes. I will always write. I can’t help myself.

Marianne Saddington is a writer and artist living in a small village in South Africa with her husband, a border collie that herds birds, and three calico kittens who try to catch them. She has had articles published in local magazines and poetry published with Robin Falls in the US. Her book Making Your Own Paper (Struikhof, South Africa, 1990) was reprinted in five countries. She belongs to an online writing and critique group called Writers and Critters and recently attended one of their annual conferences.

Marianne’s story “It Started with a Bang!” wins our June 2014 Writing Journey Competition.