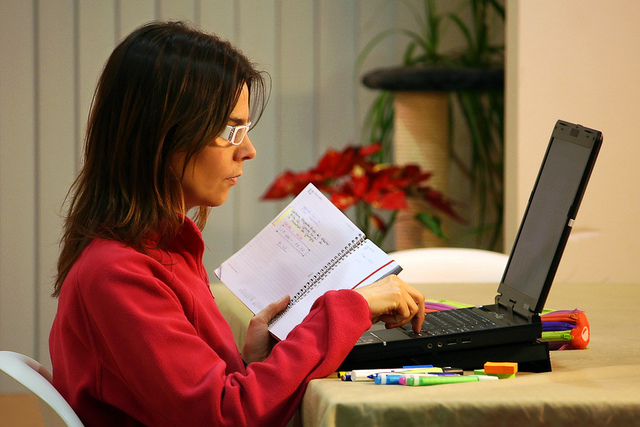 Craig Higginson, a historical novelist, has a brave approach to research in fiction. He claims that many writers in the genre are so keen to show off how much they’ve read about the period that they bog their stories down in detail.

Readers get a painstakingly drawn (and painsgivingly taxing) account of the carriage that someone drove in 1896, the cut of his cloth and the provenance of the leather on the horse’s reins. If this information is well researched, the result might be more like history in disguise as a novel: too much attention spent on drawing a picture, and too little on channelling characters.

When is enough research enough?

Drawing a picture in words can be a mind-boggling affair. When do you stop? When is enough enough? Never, that’s when. However, a novelist is better off carefully studding her book with the “brightly coloured gems” of facts. These gems, which I’ve called keystones in the construction of a novel, serve as magnets for a reader’s idiosyncratic experience. As Higginson says, “a good work of fiction should demand that [we readers] tap into our own imaginations in order to bring the piece to life.”

Where do you gather your material for writing?

This is where the research comes in: mining for those gems to have them available when you write.

Where appropriate, you might find them in other people’s books, but I’ve gathered more gems by travelling, by working bad jobs, by smelling things, by loving and loathing, by poking around in service hatches in shopping malls, by poking around in the shyer folds of my mind.

Over the years, these gems lodge in me like shrapnel; often they seem unremarkable at the time, and then one day they present themselves osmotically on the paper. I give them a quick wipe and cement them in amid the character and kinetic stuff.

Lay evocative keystones rather than “telling” and “over-telling” the reader

Higginson suggests that writers should appreciate the collective consciousness. If I’m writing a novel about a mall, say, or a hospital, I will stud my text with evocative keystones and let you do the rest. No matter how many words I could write about the mall or hospital, you have a clearer and more emotionally loaded picture in yours. I’m going to piggyback on your imagination and get deep into your mind.

That’s one of the ways fiction works. If you want to be told a list of facts about a place or a period or a carriage, then rather read a travel guide or a history or a manual.

The urge that novels provoke – to engage, to intercourse with what’s written, to be teased rather than told – is not so much a demand on you but a seductive, slippery slope. Fiction that is not over-determined welcomes you in; it’s not difficult. Despite yourself, you get sucked in, get the life sucked out of you. There’s lots of sucking and exchanging going on. It’s that visceral.

If you like physics better than physicality, think of the mysteries of science: all matter is a wave of potentiality frozen into actuality at the moment of its observation. Fiction is a bit like that, but instead of being frozen once and for all, each separate reading stills it in a different, temporary composition like a crazy dancer in strobe light.

Fiction keeps whirling around in infinite patterns of possibility, frozen for brief moments by different readers, then whirling off again. Pick up a novel you read five years ago and it will be a different novel, a different conversation. People are like that too: a constant whirl that our observations can only momentarily freeze.

Fiction is just that … made up

It interests me just how many people want to believe in fiction. They want to believe it’s true. It pretends to know so much more about us than non-fiction does; if it does, surely it’s a manual for the human soul, surely it’s the new scripture. Readers are often more disappointed if a novelist lies than if a journalist or politician or priest lies.

I’m being deliberately provocative here. But that’s what fiction allows. It allows me to bug and jostle you, without footnoting my precedents, without justification.

Fiction is our greatest technology. Fiction is dialogue; even better, goading. The author has said her part, but the document keeps on breathing, waiting to be recreated by its readers, waiting to talk with them; this goes on for as long as the artefact exists. A manual, on the other hand, is monologue, filled with frozen facts that will soon grow old. The most lasting interest in history is the fiction inherent in it, when we note its relativity and its lies, when we realise, a hundred years later, that it wasn’t true.

This article was first published on www.litnet.co.za.

Louis Greenberg is a

freelance writer and editor. He is the author of The Beggars’ Signwriters (Umuzi, 2006), which was shortlisted for the Commonwealth Writers’ Prize and the University of Johannesburg Prize in 2007. In 2010 he compiled and edited Home Away, published by Zebra Press. As S.L. Grey, he co-writes urban horror novels with Sarah Lotz. Their first novel, The Mall, was published by Corvus in the UK in 2011.

Louis has a doctorate in English literature from the University of the Witwatersrand, specialising in contemporary North American speculative fiction. He worked as a bookseller and marketer for Exclusive Books for 13 years, and now edits and proofreads literary, thriller and youth fiction for various publishers, including Penguin, Umuzi and Tafelberg.