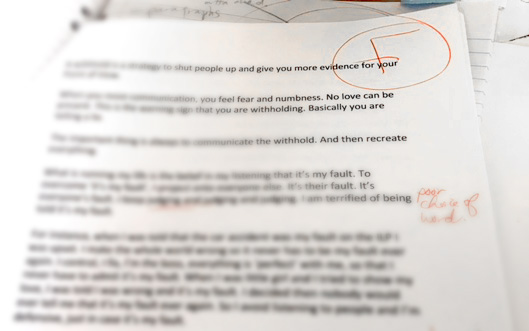 “We’re moving to Durban next month,” my dad nonchalantly announced. He and my mum had just returned home after an evening out when he casually mentioned that my life was about to change. He then handed me some cash for my babysitting services rendered. The payment made my day. His announcement ruined my life.

My parents’ casual heads-up catapulted me into a tornado of dread. I was fifteen and content. I had my circle of friends and my one-sided crush on the boy next door. I was satisfied with my unexceptional life in Rustenburg, a mining town somewhere in South Africa… an I’ve-heard-of-it-but-dunno-where-it-is kinda place.

Moving 700 kilometers away to a new city was not part of my short-sighted, teenage plan. But, at fifteen, I had to go where my dad’s flourishing career dictated. So, at fifteen, I followed.

I went from a small, land-locked town to a beautiful, beach-side city. I went from an insignificant, co-ed school to a proper and prestigious all-girls’ school. I went from a gloomy future to better, brighter prospects.  You’d think I’d be elated with my new lot. I wasn’t.

In a blink, I went from all my peers knowing me, to no-one knowing I existed. I went from being the liked and loved Steph, to being the nameless new girl. I went from loving my teenage years, to loathing them.

Life couldn’t get any worse. That was until I was in the thick of my first few days at my new school. Our recent move across the country – and the unhappiness that came with it – saw my once-impressive results drop drastically. My misery manifested itself in the form of obnoxious E’s and F’s emblazoned in red ink across my school projects.

Was this an unintentional, big ‘Eff you’ to my parents? Perhaps. But my new teachers were having none of it.

One morning, a few days after handing in a half-assed essay, my English teacher returned the marked papers to their original authors. The class was silent. All that could be heard was the crisp flutter of sheets of paper being handed back, and our teacher’s shoes scraping on the lino floor as she waltzed her way to every student.

Anxiously waiting for theirs to be returned, each girl in our English class had her eyes glued to the pile of essays. Each page covered in handwritten sentence after handwritten sentence; most littered with red corrections and each mercilessly marked with a red, circled letter.

Among others, I spied a circled A+ and a few Bs. Lucky them, I thought. The classroom filled with whispers as more and more of my classmates compared their marks. As the pile of essays grew smaller, I grew more self-conscious. Where was mine?

And then, finally, the last page. It belonged to me.

In one motion I took my marked paper, caught a quick glimpse of my circled F and made eye contact with my teacher. Our eyes locked. It was a fleeting moment, but it seemed to last an eternity.

In those split-seconds, I had enough time to study her eyes: the abyss of her black pupils, the galaxy of blue iris around it, and her stare’s accompanying frown. She was not impressed.

Her face spoke volumes. It was a terrifying glare that – without saying a word – said, “Not in my class. Don’t you ever dare submit this calibre of work again. Ever.”

I never did. Ever.

Her unspoken instruction became the best writing advice I ever received.

Out of sheer terror (or to prove that I could), every essay I submitted thereafter was written and punctuated to perfection. And, through my determination to show I was capable, I discovered my ability to write. It was more than an ability. It was a love. And it became my vocation.

If our stares never interlocked on that life-steering morning, I doubt I’d have discovered my love for words. And now, seventeen years after my dad coolly made his big announcement, I love my career as a copywriter. In a beach-side city. Living the bright and better prospects that I once dreaded. 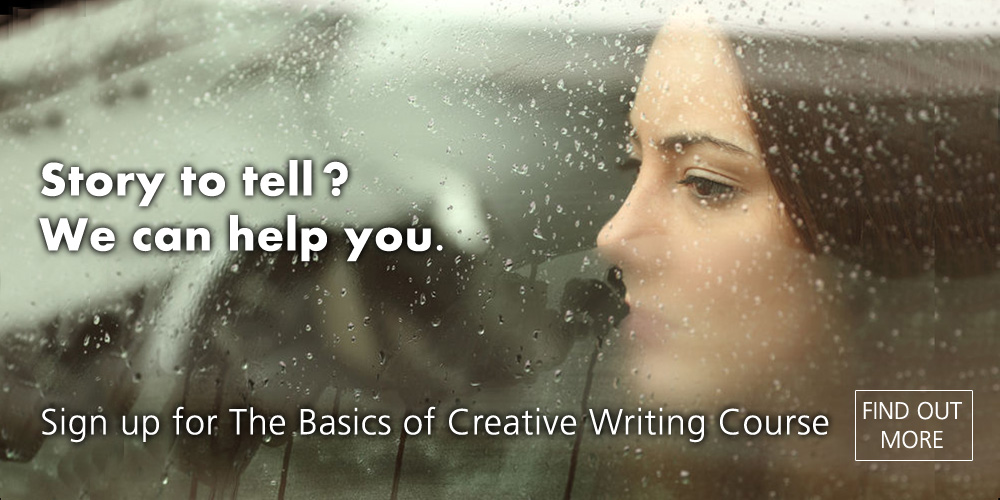