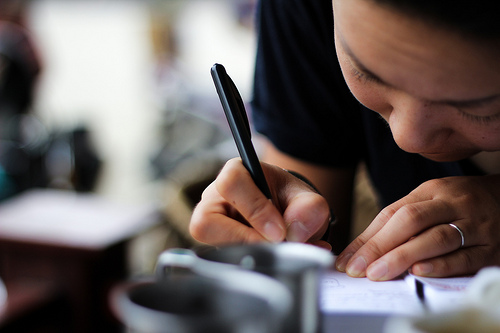 The three years I spent in high school gave me a taste of what it must be like to do jail time for a crime one didn’t commit.

I had to change my routes around the school yard each week in order to lose them: the meanies, the big bad wolves. There were three of them, well, one to be exact, and the other two were her little stooges.

Kefilwe (Big Fifi) was the leader of the gang, with the prime figure of a sumo wrestler. Perhaps it was all the fat reserve built up by the consumption of the oil-dripping fat cakes that her mother sold.

The other two were Lucia, who had to go through every grade twice, and Maria, who was known to brush her teeth with skunk paste. I held my breath each time she came close to my face, and on those unfortunate days I would have to scrub my face with my mother’s beauty soap to remove Maria’s spit showers.

I grew up with two brothers who were each three years apart from me, one older and the other younger. They didn’t make my life easier; they just sprinkled chilli powder on my wounds.

With all the giants around me making me feel like a cornered mouse, I had to find some sort of asylum where I could find safety and sanity. I kept a journal where I entered a daily record of all the things that made me unhappy… and happy when such a rare occasion came.

My pen became my therapist and we made an agreement that there would be no entries of depressing, self-absorbed misery. Instead, I made fun of the people who hurt my feelings and made fun of the situation. If someone said something bad to me I would answer back in the pages of my journal or just write a funny story about it. It felt like screaming my lungs out at the top of a mountain – a pleasant relief.

That was how I carried on through university. I wrote about the times I fell victim to peer pressure, and how in the pursuit of fitting in, I found myself a target of mockery. It was comedy in my pages.

The break up I went through when a prettier skirt had caught my boyfriend’s eye, made a great scoop for my journal.

There were bullies in varsity, but not the kind that tore the pages out of my textbooks and wiped their behinds with them. They were emotional bullies, the girls who carried themselves as though the whole universe focused on them. The kind of people who just had to give me a certain look to torment me. I would’ve preferred the pissy jersey to them.

Because of my weakness to stand up for myself, I kept my sadness between me and my journal. But I also learnt to study people. I had spent an awful number of years asking myself what the problem was with me. One day I spun things around, and I started asking myself, “What is wrong with them?”

I spent most of my time during my vac hanging out with people back home who I had once found intimidating, and I found them to be a book of hidden stories. I learned about Big FiFi’s background and about her weight issues, and I suddenly understood the frustration she took out on me all those years ago, not that it was right. I was even sad when she passed away a few years later because of a heart attack.

My journal used to be a machine that swallowed my sorrows and spat them out in the form of jokes. It took my tears, dried them and gave out a laugh instead. After spending a lot of time in the township where I came from, I started writing about other people’s sadness. I felt like I was crying on their behalf because they hid their tears for fear of being judged.

I almost became a resident reader at the library – my stay would have been permanent if it was not for the closing hours. I taught myself the art of writing poetry. I found true love in it.

I found ways to express the deepest feelings in the most creative and beautiful ways. There was something about the freedom in writing poetry, the allowance of my mind to play around with words and still make sense.

I decided to write a collection to send for possible submission to a publisher. I accidentally met a publisher in a coffee shop through a friend. He read my collection, loved it and published it.

That was the birth of my township poetry titled Poetically Ghetto. The title came from the two spheres of the township – the good and the bad. I wanted to write about the bad things that I felt needed to be addressed such as crime, promiscuity among the youth, poverty and many other things. I also wanted to write about the rich culture in the township, the music, the beauty that gave its people their unique quality.

Many people call township residents “ghetto” which is a term that relates to all the bad things about it. In my way of combining good and bad, I wanted it to be beautifully ghetto… poetically ghetto.

Getting my poetry anthology published confirmed my journey as a writer, and the journey still continues. I have learned not only to write for self-healing, but to help others heal too.

Nthepa Moitsheki grew up in Kagiso, a township in South Africa. She entered this story into the ‘My Writing Journey’ Competition sponsored by The Writers’ College, and was the September 2013 joint winner of the prize. Her poetry anthology Poetically Ghetto is available on Amazon.com.