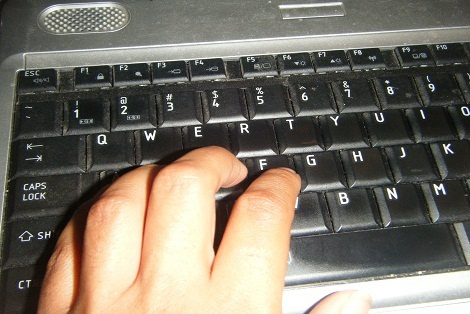 The city is pretty… These were the words I wrote in the first attempt I made of a poem after moving to Johannesburg, South Africa as a teenager.

I was born in Klerksdorp, and attended Klerksdorp Primary School where I was voted “most likely to be an author” at the young age of nine. My stories and poems had always received great acclaim from teachers and parents.

For as far back as I can remember, I needed to write.

From little stories and poems, to my big move to the “Pretty City”, I had wanted to put my thoughts, my words, onto paper.

But moving to this new, pretty city killed off my burning ambition to be an author. Johannesburg, where each house had a white picket fence.  It dragged that ambition into the gutter and put the fire out with an ice cold beer.

Johannesburg brought me girls, sports and beer. Yes, beer, the biggest killer of any sort of ambition a child may have. I started drinking at age 15. I went on like this till I left school. Aimless and hopeless, I studied what everybody else was studying: I became an IT guy.

The journey from child to an overworked couch potato was not easy. Having the urge to write constantly gnawing at the back of my mind, I always considered myself “The greatest author to never pick up a pen”.  I used to wake up in terror, desperately trying to beat away the beaver that was chewing on the back of my skull.

I found an outlet: writing e-mails. I would write e-mail after e-mail. Funny ones, ones that would flutter like butterflies into your heart, or words that would drill up your nose like a bowling ball. The beaver was pushing through; it was tunneling its way into the forefront of my mind.

I was actually fine with this situation for a while. I had fooled myself into thinking that I was fine, that an IT guy who wrote the best e-mails was what I wanted to be. I was kicking that beaver back.  Every e-mail I wrote was a boot in the face of that poor little creature. I did not realize I was losing WHO I was, by being “fine” with what I was.

All that changed on 2 June 2007. I was assaulted, and left for dead. A friend tripped over me in an alleyway. He was not even looking for me; he was lost. Instead of phoning an ambulance, he took me to my home, and left me in my bed, with bleeding wounds on my brain. I was to be forever changed.

I spent a week in bed, senseless, a zombie who had no idea what was going on. I was dying, and no one knew it. Three unchecked bleeds on my brain, doctors would say later, made it look like I’d been in a serious car accident. I spent a week in hospital, and by some miracle the blood dried up. Somehow, the swelling went down. But I would be scarred, brain damaged for the rest of my life.

I lost my sense of smell and taste. My short-term memory was gone. I forgot names of friends, of family and of everyone I met. Speaking was a nightmare. I would forget the next word I wanted to use. I would ask, “What is that word I am looking for, that thing that calculates sums?” The word was “calculator”. I would read a page of a book, and as soon as I turned the page I had forgotten what I had just read. I tried going to gym, but fell off the treadmill. I was laughed at when I was sweating under the heaviest weight I could manage – which was just the bar, with no weights attached.

By this time the beaver had broken through. No more a mere thought or distraction. It was in my face, shouting, “Mike, you have to write! Mike, follow your dream.”

It has taken five years for me to regain any sense of normality. Years of constantly struggling against myself, training in the gym to be better physically, studying and reading to better my brain. I eventually made it back into the work place. All this time I had been writing. I still made colleagues cry with my e-mails; I made them laugh with my e-mails. I was published in Discovery magazine.

I always knew I was a writer; it has always been who I am. But it took me almost dying, and even then, I needed it to save me through the darkest period of my life until finally I gave in. I realized having a dream and not working towards it is extremely stupid and a sure way to stay average. I hate average, especially when life is so fickle and short. What point was there in trying to fight your destiny, when it was already marked in the stars?