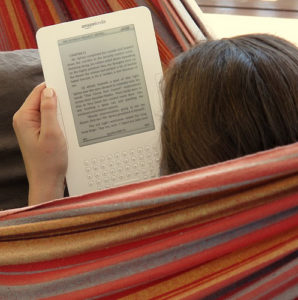 Amazon has launched Kindle Singles, one-off pieces of non-fiction and journalism which are typically much shorter than a novel, but longer than a magazine article.

The Kindle Singles can be read on any of the many Kindle platforms, from the Kindle itself through smart-phones to Amazon’s desktop Kindle client. They are priced accordingly, from $1 to $5.

Long-form journalism has seen a surprising revival in recent years, with services like Instapaper and Read it Later allowing you to push longer articles off to mobile devices – like the iPad – to read later.

In web writing and web usability we do preach the gospel of short, snappy writing, of chunking and the “one-thought-per-paragraph” philosophy. But web users’ needs are changing and with the arrival of tablets and e-book reading devices like Amazon’s Kindle, readers are indulging in their need for something more substantial than a 500-word article.

Kindle singles will typically run to between 5,000 and 30,000 words, the no-man’s land between a magazine article and a short book.

According to Amazon, each Single is “intended to allow a single killer idea — well researched, well argued and well illustrated — to be expressed at its natural length.”

For marketing purposes, it’s worth noting that Amazon is mixing Kindle Singles right into the Kindle Store along with everything else. They are also factored into top-products lists just like any other e-book. Maybe soon, Amazon will break out Singles into its own store (there’s a top-10 bestseller list for Singles, but nothing beyond that at present).

Amazon together with TED, the popular innovation conference, have launched the first run of  TEDBooks for $2.99 each.

Wired magazine tells about Lifted, the product of The Atavist, a small new publishing house dedicated to long form journalism. Writers don’t receive the same kind of money that they’d get from the big magazines, but they get a cut of the profits. For many journos this is a dream come true. They can cover – in depth – the stories that interest them, without a sub cutting it to pieces to fit into the paper or magazine. This model, curated for quality but with pick-n-mix sales, may be the real future of magazines.

Karen Lotter is a journalist and writer based in South Africa. She runs a company (http://www.ethekwiniweb.co.za/) specializing in creating websites, writing creative and interesting content and optimizing sites for search engines.

Since she stopped writing political speeches (after 13 years in the trenches), she has focused on writing for the web and presenting workshops on communications-related issues. She is a Feature Writer at Suite 101.com (http://www.suite101.com/profile.cfm/ethekwinigirl).

Karen tutors the Writing for the Web Course at the Writers’ College.