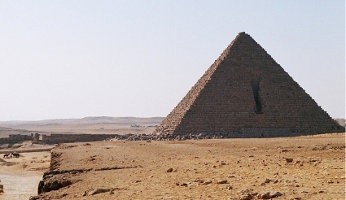 Maybe it’s because I still deal with the generation that went to university purely for vocational purposes: become a lawyer, a doctor, a teacher. I remember back when I had to tell my aunts and uncles, sitting in their wooden chairs, that I wanted to take a gap year after school and travel through Africa: “A gap year? Africa? For what?!” I was barely 18 at the time but had never before felt so condescendingly patronized, nor so resolute in my own idealism.

“I’ll show them,” I thought bitterly.

Roland, who went with me on my travels through the continent, was even more idealistic than I was. Even I would smile as he would talk about his grand schemes and grander ideas; he was planning to take us all the way up from Cape Town, through Cairo, across the Mediterranean – and then we would bum around Europe until we could think of where to next.

Though I knew Roland was ‘over’ idealistic at times, I also knew how much potential lay in his optimism. How does that saying go? When you reach for the stars, you may not quite get one, but you won’t come up with a handful of mud either. We eventually made it all the way from Table Mountain up to the Pyramids of Giza, a magnificent sight – not least so because of what it meant to us.

It was also during that year of travel that I started writing with more determination than ever. I brought back notebook upon notebook filled page after page with my almost illegible handwriting, only interrupted by train tickets and scraps of newspaper pasted in between. The road was long and dusty and I had many things to tell. At one point we had to ride through the arid northern region of Kenya, all the way to Ethiopia, on top of the cab of a cargo truck. Trying our best not to fall off with the jolts and jerks of the dirt road we travelled through Masai villages and past wild elephants, all the while sharing stories with our co-passengers on this ridiculous ride. And there was something enlivening about writing it all up at the end of the day.

When we finally came back (this time on an aeroplane) I had to enrol in university. That was the deal I’d made. For three years I became a Humanities student and for these three years I became an essayist. Though I often complained that all the rigidity of essay writing was smothering my creativity, I also knew that in the long run I was learning an invaluable skill. The structure of writing; the art of logical argument.

In between essay writing I studied literary theory and learnt big words I’ll probably forget a year from now: didacticism, dialogism, diegesis. Yet slowly as these words filled my head I began to forget about fiction. I stopped writing little stories in the back of notebooks. I stopped carrying notebooks at all, only exam pads for class. And year by year Cairo felt more like a dream someone else had dreamt. I also lost contact with Roland, who had gone his own way after we returned.

I wrote academic essays and I was good at it. At family dinners I would be able to smugly tell my uncles I was going to become an academic. And again they would be taken aback, but this time they were hesitant to offer criticism. Academia was, after all, a high calling.

I could actually sympathize with my family now: it had been rather childish of me to want to become a writer. I mean, who makes it as a writer? How many unpublished novelists are out there? I was quite self-satisfied with my new direction. I was quite happy to grow out of my idealism.

And then I ran into Roland. We went out for a beer and ended up reminiscing deep into the night about our adventures. “Do you remember Mr. Tahoodi?” We burst out laughing.

“What about that time that guy on the motorcycle wanted to punch you!”  and he grinned as I chuckled in remembrance.

“But what are you up to these days?” The conversation eventually turned. And with that glint of unchecked optimism Roland lay out his grand schemes about starting a company or going to India for an internship.

“Hey! We are still young! We can do anything and everything!” he said. And half-heartedly I agreed – casting my eyes downwards as I thought about my own idealism, long since left behind.

“I want to be a writer,” I heard myself say. I was shocked at this unapologetic admission, but then when I looked up at Roland I realized that again we could share that glint in the eye that once took us all the way up Africa.

I’m sitting here behind my laptop now, typing. It’s December 2012 and I’m waiting for the final results from my last university exam. But I’m not really bothered about that. I’ve been writing fervently on other things, non-academic. I’m going to try and get a story published this coming year. And then I’m going to get another story published. And after that another, until I make a journey parallel to my previous one – all the way up to Cairo, all the way to the top.