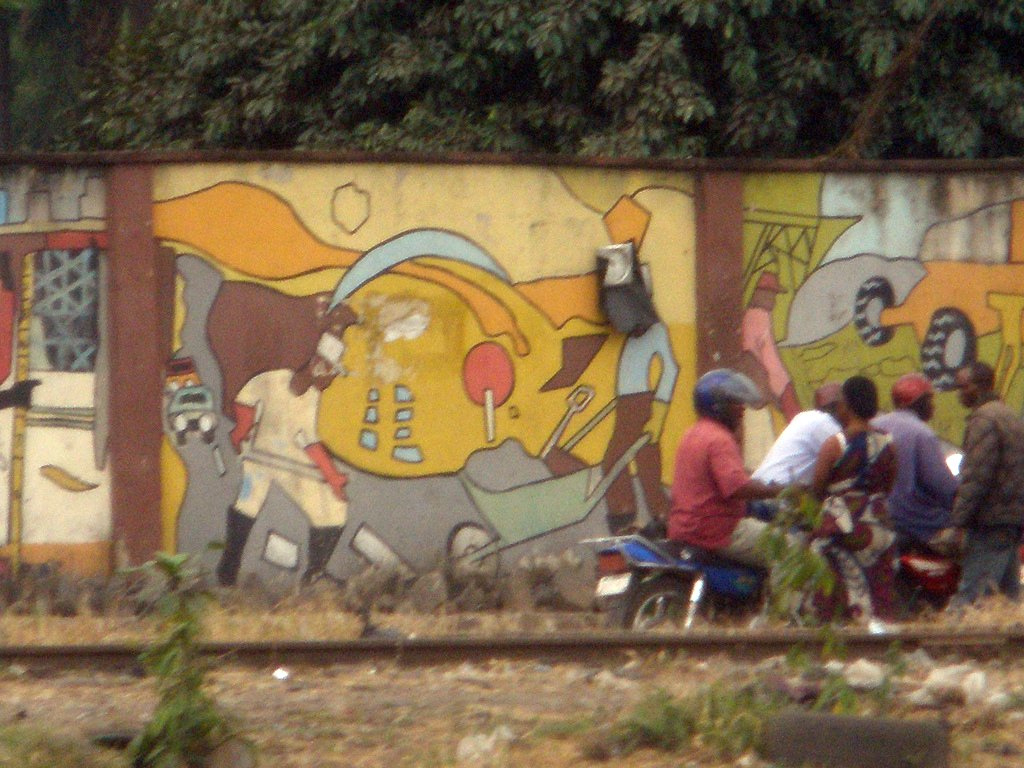 Growing up in the tiny village of Akure in Nigeria, I had only felt liberated in the moments when I was immersed in day-dreaming, regardless of how farfetched my dreams were.

I craved the glitz and glamour of the city, so, even though there are a great many differences between village life and the capital city of Lagos, once I was old enough to leave I decided to follow my fate.

I set out to Lagos on the Intercity Coach commonly known as the “Luxurious Bus” here in Nigeria. I was sincerely glad for this moment – a step closer to making my higher aspirations real, and not just a dream constantly brewing in my imagination.

My uncle Mr Wale, who is a secondary school teacher in Lagos, always had funny jokes to share, and staying with him would be a break from my boring village routine, so I had a lot to look forward to.

The journey to Lagos seemed endless. Once I alighted from the bus at my stop, I noticed a group of people gathered around some youngsters who were entertaining their audience with magical tricks in a mini-circus show. Since it was still early in the day, I decided to get acquainted with my new environment. As I got closer to the gathering, I heard shouts: “Green!” “Red!” “Black!”

The crowd kept chanting and clapping. I soon realized it was a make-shift casino and anyone from the audience was free to stake money and predict the right colour of cards to be drawn from a pack by these youngsters.

I watched with a busy mind, making my own card predictions, all of which turned out just as I had envisaged. After my fifth correct guess, I decided it was time to seize this opportunity to make some quick cash. I stepped forward to “put-my-money-where-my-mouth-is”. Having five thousand Naira with me, I thought it wise to start with a low investment of five hundred Naira in this newly found business of mine.

Just as I had imagined, my prediction skills did not fail me and in less than a minute I had doubled my initial investment. The feeling was so good.

I felt I could do better, so the next time I staked two thousand. Again, my guess was as good as perfect and I was wearing the biggest smile any village fresher could have. City life is the best. How come it had taken me this long to engage in it, I wondered as I was handed my cash prize?

The final time, I decided, I should “hit big” and then head off to Uncle Wale’s rather than spend forever with these novice gamblers. I would stake the entire sum I had in my possession.

A great shout of excitement roared up from the crowd when my new stake was declared. At that point, I knew there was no turning back. My heart pounded faster than ever before. It was time to play, so I called out “Red” as my prediction, while the pack of cards was being shuffled. To my shock, a black card was drawn. In that split second of disbelief, I had a flashback to how my father had sold his bicycle, and my mother had given her whole stipend, both contributing all they had towards my trip to Lagos.

And I had just lost it all to these youngsters.

At first I disagreed violently and insisted I wanted my money back, but the thugs they had on guard rushed over and warned me to compose myself or risk sustaining injuries if I dared to disrupt their show.

It then dawned on me that I had been the victim of a cleverly orchestrated, fraudulent show wherein I was enticed with the earlier correctly predicted attempts so as to think I had mastered the techniques, hence staking all I had.

City life is so dangerous and full of deceit, I concluded, as I sobbed and walked towards Uncle Wale’s place without a kobo left in my pocket.

A few steps ahead I saw another crowd gathered so I hastened up to see what other skills these city dwellers used to draw an audience.

This time, the crowd was gathered around a newspaper stand to read the headlines from afar without having to purchase the newspaper.

I sighted a sports magazine and approached the vendor to ask how much it cost. Two hundred, he said, and I shook my head with regret, wishing I had been here first rather than the fraudulent “casino” I had lost my money to.

“Young man, do you want that magazine?” a man next to me asked. I looked at him, a trim man beside me and I nodded yes.

“I am also a sports fan and wanted to be a footballer, but my school grades were excellent and my parents didn’t want me to forfeit them for a football career,” he added. “You can have it.”

He handed me the magazine. I smiled happily, realizing that the city might not be as dangerous as I had thought and there were still some good-hearted people in it.

On an advert page in the magazine, I saw an invitation for a writing contest with a winning prize of ten thousand Naira. Is this heaven’s aid to my plight, I wondered?

I wrote about my first city experience at the “casino” and asked my Uncle Wale to post it for me. A week later, I received a letter in the mail informing me that I had won the contest and was asked to come and collect my prize.

At that point, I felt such relief that my parents’ sacrifice towards my trip to Lagos had not been in vain. And just maybe, I was on my way to becoming a big city star.

OLAKUNLE OLADIRAN is a young writer from Lagos, Nigeria. He is the winner of the ‘My Writing Journey’ Competition for May 2015.