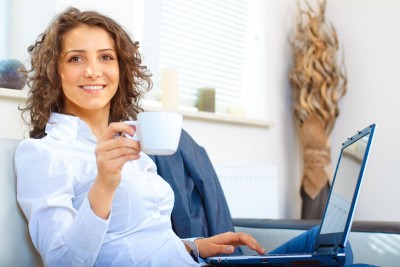 IT may be a bold statement to make, but I’ll venture to say that networking is the most important part about being a writer. Just to clarify, networking is “a socioeconomic activity by which groups of like-minded businesspeople recognize, create, or act upon business opportunities” (according to Wikipedia).

People bring work your way if they know and trust that you can get the job done properly. People also don’t want to spoil their own reputation by referring someone who is incompetent. So unless you forge relationships with people and prove your worth as a writer, you probably won’t have a lot of work coming your way.

As I’ve said before, writing is, for the most part, a job one does solo. Freelancers in particular work mostly from home and only ever touch base with intimate friends and family members. But when it comes to your professional development, this just isn’t enough. It’s crucial to branch out and meet people in other fields, people you might be able to work with in the future. Seek out conferences, classes, online discussion groups and forums; make sure your details are on every job listing you can find – get your name out there. Get involved with those “in the know” in your field of interest. Every industry needs to communicate, and you’re a communicator, so get out there and sell yourself.

Networking, however, is not only about selling yourself and your services to potential clients. It’s also about learning, helping and growing with other writers. This may seem counter-intuitive, considering that other writers are your competition, but it’s integral to your career if you want to cultivate and maintain a reputation as a competent writer.

The cost of networking may simply be a cup of coffee once a week. Meet up with a writer friend and share ideas and inspiration. Only another writer can fully understand what you’re going through and what your job is like. Coffee dates can also extend to more than two people and become a kind of weekly writing support group. Also, remember that not everyone writes about the same things. You might find that each individual in the group has a different niche, and that no-one really poses a threat to another. And if there is someone who has the same beat as you, be mature about it and keep off each other’s turf. Respect is key. You may even score some work off of another writer who’s too busy to accept a particular job. Alternatively, you might find yourself in the position to send work someone else’s way. Either way, networking is more rewarding than flying solo and it’s not always about competing.

Touching base with other people in the industry can also help you stay up-to-date with trends and job opportunities. How else are you going to discover trade secrets? I know of some writers who meet for cocktails at the end of every week (rather than coffee). It can only benefit you to join a group or create your own “happy hour” with writers in your area.

If you don’t know how to go about finding other writers to connect with, start with the World Wide Web. Subscribe to other writing blogs (you’ll be surprised at how many writers blog full time about writing).

Follow other writers on Twitter (just don’t get star-struck when your favourite writers start following you!). Retweet, reply, comment, discuss – make it part of your job to communicate online with other people in your field. A good blogger will reply to a comment on his/her blog posts. Sometimes an interesting discussion can crop up and you’ll learn certain things you would never have thought about had you not posted a comment. And when you do post a comment, it’s not a bad idea to post a link to your own blog or website.

Writers are curious by nature, which means that there’s a very strong chance that they’ll take the time to have a look at your work. And if they think it’s good, they’ll spread the word. And remember, sharing is caring. Share other writer’s links with your personal network, retweet them on Twitter, “like” them on Facebook – they’ll be sure to return the favour.